The Environmental Protection Agency got a reminder, as if it needed one, of the need to assess the risks of pesticides to endangered species when a federal appeals court ordered it Tuesday to issue a new assessment on an insecticide used in blueberry and citrus production.

The U.S. Court of Appeals for the District of Columbia Circuit told EPA to finish an “effects determination” on the risks to listed species from cyantraniliprole (CTP), which is sold under various trade names, including Ference (Syngenta) and Exirel (FMC). The determination is due September 2023, and will be followed by Endangered Species Act consultation with the Fish and Wildlife Service and National Marine Fisheries Service.

The decision is the latest to highlight what the court decision called EPA’s “long … fraught relationship with the ESA. It has made a habit of registering pesticides without making the required effects determination.” It also is another reminder of the huge task facing EPA's Office of Pesticide Programs, which has to evaluate more than 700 products that are now past the statutory registration deadline of Oct. 1, 2022.

“Like a lot of these cases, it's an indictment of what they have failed to do,” said Center for Food Safety attorney George Kimbrell. “The only time they seem to take action is when courts force them with deadlines.”

In the case of CTP, the court first ordered EPA to comply with the ESA in 2014, but did not impose a deadline, leading the Center for Biological Diversity and Center for Food Safety to go back to court. The groups did not seek to have the registration vacated, which the court had declined to do previously.

EPA issued a workplan in April addressing how to meet ESA obligations. The agency said past or current litigation citing clear ESA violations could delay EPA’s registration decisions for an undetermined number of chemicals for decades.

Both CropLife America and the Center for Biological Diversity were encouraged by the workplan. CLA President and CEO Chris Novak called it “an important step in protecting threatened and endangered species, ensuring farmers and other pesticide users have needed tools for managing pests, and providing regulatory certainty for the product.”

“If we looked only at the pesticides that are covered by past or current litigation, finishing those chemicals is going to take our agency well through the 2040s,” Jake Li, EPA's deputy assistant administrator for pesticide programs, said on a webinar last week where the agency discussed a recent update to the workplan that includes proposed mitigation measures that could apply across categories of pesticides.

The update said that “existing court-enforceable deadlines, combined with ongoing litigation and settlement discussions, will require EPA to complete ESA reviews for over 50 pesticides, thus filling the agency’s ESA workload well beyond 2030. Yet these cases represent less than 5% of EPA’s future pesticide actions that trigger ESA obligations. Unless EPA makes substantial progress on ESA compliance, it is likely to face more litigation.”

“I think what we're what we're trying to do is sort of describe our effort to make the Endangered Species Act process be faster, more efficient and more predictable,” Michal Freedhoff, assistant administrator for the Office of Chemical Safety and Pollution Prevention, told Agri-Pulse last week at the National Association of Farm Broadcasting’s annual meeting in Kansas City. 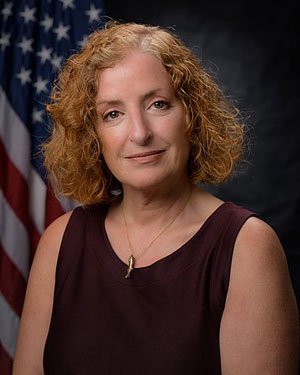 The update to the work plan is an attempt to move beyond the more resource-intensive chemical-by-chemical approach, Freedhoff said.

“We’re trying to … to look at pesticides that are all similar – herbicides, for example,” Freedhoff said. “We'll look at them all together and think about what a common-sense approach” might be to address ESA obligations. Another approach involves places where a large percentage of endangered species are located, such as Hawaii.

Center for Biological Diversity attorney Stephanie Parent supported that approach, saying, “That's one strategy that would reduce the number of species that they have to look at.”

Lori Ann Burd, CBD’s environmental health director, said she was "hopeful the EPA will back up its words with concrete actions to fix these historic wrongs and move quickly to implement real, on-the-ground protections to stop species from going extinct and finally protect our incredible wildlife and plants from pesticides.”

Bill Chism of the Weed Science Society of America, previously the head of OPP's Biological and Economic Analysis Division, said it's important that EPA work closely with the federal wildlife agencies. He said he was meeting with Fish and Wildlife Service employees before the update came out who said they were interested to find out what it would say. "It's not like they've been in discussions on this," he said.

The workplan update says EPA “will prioritize the issuance of interim decisions (IDs) based on opportunities to reduce a pesticide’s risk to human health or the environment and to efficiently complete its registration review cases,” such as by reviewing similar pesticides at the same time.

The update proposes a surface water protection statement for pesticide labels that would prohibit the application of mobile or highly mobile non-persistent pesticides either during rain or within 48 hours following a rain event.

“The rain restriction provides additional time for the pesticide to degrade in soil or on foliage and meaningfully reduces the amount of the pesticide that can be transported off-field in runoff,” the update says.

As it did in its latest registration proposal for atrazine, the agency also proposed “pick lists” of conservation measures for growers to reduce spray drift, surface water runoff, and pesticide transport through erosion.

Those measures include vegetative filter strips at least 30 feet wide, cover crops, field borders, and riparian buffer strips or zones, no or reduced till, contour buffer strips, and vegetative barriers.

“Depending on the specific ecological risk, the benefits, and the use of the pesticide, EPA may propose one or more measures from a pick-list of options to address risks,” the update said. “EPA will consider the user impacts of these mitigation measures when determining whether to propose and subsequently include them, as required under FIFRA. Overall, EPA intends to propose less stringent pick list mitigation when the benefits of a pesticide are higher for a given level of ecological risk.”

EPA said the mitigation measures “are not necessarily going to … fully mitigate ecological risks” or address all ESA obligations, according to senior regulatory adviser Melanie Biscoe, who spoke on the EPA webinar.

Under the Federal Insecticide, Fungicide, and Rodenticide Act, "we need to have that balancing of risks and benefits,” Biscoe said. “The goal here is simply to further reduce risk and exposure to non-target plants and animals, while taking into account the benefits of the pesticide use and potential impacts of mitigation.”

Freedhoff said, “There have been a number of fairly high-profile court decisions that have made it unequivocally clear that the agency cannot delay this work for any longer, or the country really runs the collective risk of having pesticides that farmers need to put food across on tables all across America being taken away by the courts."

EPA is taking comments on the updated workplan until Jan. 30.