WASHINGTON, Mar. 22, 2017 - Sonny Perdue still has a ways to go before he’s officially the 31st secretary of the U.S. Department of Agriculture – presuming he’s confirmed – but the weight of the work waiting for the former Georgia governor continues to grow in a souring agriculture economy.

Agri-Pulse talked to some of the biggest names in agriculture to get a picture of what awaits the next ag secretary, and what some of his most immediate priorities will likely be. 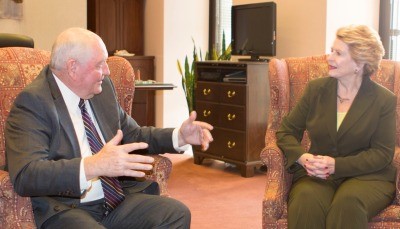 “The first one is easy,” said Chuck Conner, president and CEO of the National Council of Farmer Cooperatives. “He’s got to get his team in place. It’s a big agency with a $100 billion budget. One person can’t run it and he needs a team that he can count on around him to help him do that. That’ll be his first priority. It’s got to be.”

Conner knows what he’s talking about. Not only was he a deputy USDA secretary during the George W. Bush administration, but he also served as acting secretary for a short time.

Michigan’s Debbie Stabenow, the ranking Democrat on the Senate Agriculture Committee, agrees that getting a staff in place should be job number-one for Perdue, who will go before the committee Thursday for his confirmation hearing.

Stabenow says that way, Perdue, if confirmed, will be better equipped to tackle farmers’ needs as well as help Congress develop the next farm bill.

“We want to get a new secretary in place as soon as possible,” Stabenow told Agri-Pulse. “It was very concerning to all of us that this was the last (Cabinet) nominee put forward by the president. … It’s a high priority and we need to get this person approved and have a secretary and deputies and others in the department as a team to work with us.”

Stabenow and other congressional leaders are already deep into preparations and negotiations for the 2018 farm bill. It will be important for the next ag secretary to be part of those discussions, said National Farmers Union President Roger Johnson. But an even more pressing job will be to find ways to alleviate what he calls a “brewing farm economic crisis.” 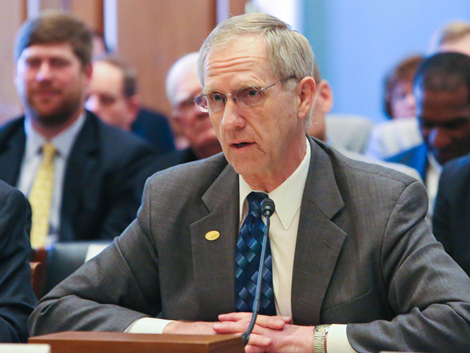 USDA recently forecast that net farm income will fall this year by 8.7 percent to $62.3 billion, the lowest level since 2002. Farm economists stress that the situation isn’t yet as bad as the 1980s, but still point to low commodity prices, falling incomes, dropping land values and rising demand for credit.

“That absolutely has to be at the top of his list,” Johnson said about President Donald Trump’s nominee to head USDA. “To me that’s number one – number one by far.”

Farm incomes are down and prices are low, but the situation could be a lot worse if U.S. agricultural exports take a major hit. It’s one of the top concerns of farmers around the country as they hear about tensions between the U.S. and Mexico and Trump’s plan to renegotiate the North American Free Trade Agreement.

While NAFTA is often blamed for incentivizing companies to take their manufacturing plants to Mexico, the trade pact has been mostly good for farmers. U.S. exports of rice, wheat, beef, cotton, pork, corn and soybeans to Mexico rose dramatically as tariffs fell away under NAFTA, and the ag sector doesn’t want to see that change.

Lighthizer promises to be a champion for agriculture as next USTR
Daybreak Nov 9: Biden transition: Priorities include 'climate-smart' ag

Much of that responsibility will lie with U.S. Trade Representative nominee Robert Lighthizer, but farm sector leaders say the USDA secretary will also play a major role. 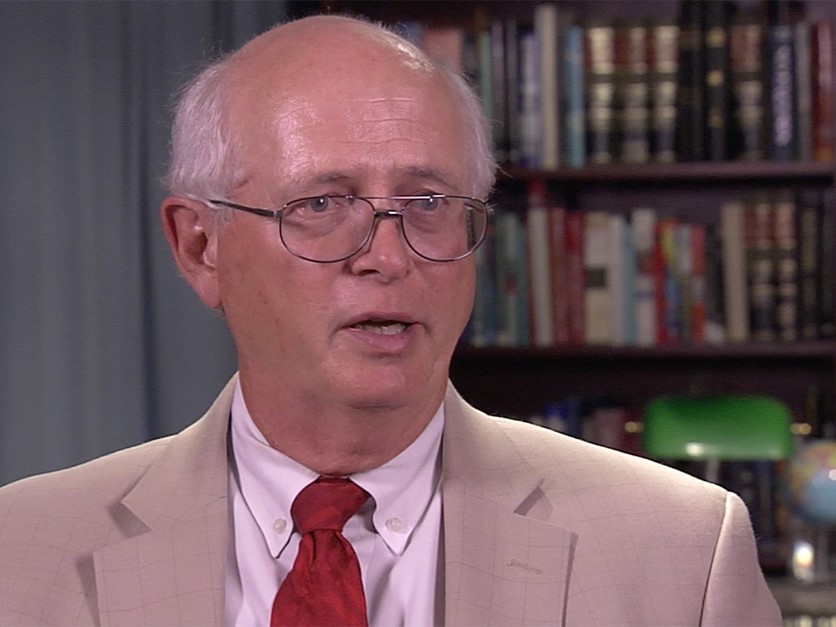 “I think in terms of issues that he’s going to need to work on, probably first and foremost is trying to establish the ag-trade message with the (Trump) administration,” said Bob Young, chief economist for the American Farm Bureau Federation. “We’ve had an awful lot of pushback from rhetoric. We’ve got customers who are nervous and looking at other suppliers.”

What Perdue will need to do, Young said in an interview, is protect the needs of agriculture when it comes to trade and be the advocate for trade in the Trump administration.

“I think establishing that message early is going to be critical,” Young said.

Conner agrees that Perdue will have to provide the farm community with assurances that the Trump administration recognizes the importance of agricultural trade, but he also stresses that changes to NAFTA need to be made. Manufacturing jobs have to return to the U.S., Conner said. “We can’t be against that.”

Conner said the next secretary will have to hit the ground running when he arrives at USDA. That means being well-informed on the activities of all seven of the department’s mission areas, which focus on everything from food safety to export promotion.

Conner said this includes dealing with the inevitable emergencies that pop up, like high pathogenic bird flu, which has been confirmed in two commercial chicken flocks in Tennessee this month, and other new plant and animal diseases.

Meanwhile, confidence is high that Perdue will be confirmed.

“I would never try to move a secretary’s confirmation if I didn’t think I had bipartisan support,” Senate Agriculture Committee Chairman Pat Roberts told Agri-Pulse. “There’s always the opportunity for anybody to ask a tough question or two. I don’t expect that much, but I think a lot of questions will be on what he will do as secretary during a time that we’re entering into … a real rough patch in farm country.”

One of those senators likely to be asking “a tough question or two” is Stabenow. She wouldn’t say ahead of the confirmation hearing whether or not she’ll support Perdue, only that the two have had some “very positive conversations.”