President-elect Joe Biden is moving forward with his transition with promises to move on his climate proposals that involve farmers in reducing greenhouse gas emissions. Over the weekend, the president-elect went live with a transition website - BuildBackBetter.com - that includes a summary of Biden’s top policy priorities, starting with getting COVID-19 under control.

His list of climate priorities includes this: “Create jobs in climate-smart agriculture, resilience, and conservation.” The summary doesn’t spell out any specific actions he plans to take, or when. A key part of Biden’s environment plan would require substantial new funding for the Conservation Stewardship Program in order to carry it out.

Biden also reiterated his pledge to reenter the Paris climate agreement, which seeks to limit global warming to no more than 2 degrees Celsius.

Biden’s transition plan also calls for major infrastructure investments, which might be one area where he could reach agreement with congressional Republicans. His infrastructure priorities include “universal broadband.” 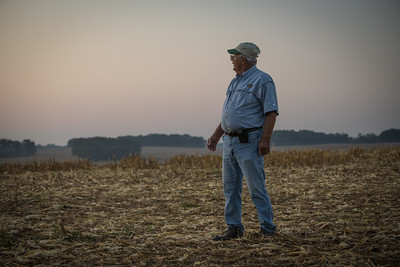 There is growing evidence that farmers and ranchers are going to be asked to address some of the nation’s biggest environmental challenges, including climate change. The question is what farmers will have to do – if and how they’ll be compensated.

We kick off a five-part series today at Agri-Pulse.com to provide some answers to those questions, starting with an in-depth look at the sweeping pledges that multinational giants have been making to reduce the greenhouse gas emissions in their supply chain.

Nearly all the commitments are designed to meet the goals of the Paris accord, and some corporations are even going beyond that. Corporations also are gearing up to lobby on farm bill programs.

In this series, we’ll also look at the critical challenge of measuring and verifying environmental improvements; the possibility of compensation for farmers; the role technology may play in addressing environmental challenges; and what U.S. farmers’ foreign competitors may or may not have to do.

By the way: In an essay for the journal Foreign Policy, former Obama adviser Jason Bordoff argues there are a number of steps the Biden administration could take to address climate change without action by Congress, including rewarding farmers for carbon sequestration and imposing new regulations on power plants and methane emissions.

He doesn’t say how USDA would compensate farmers, but recent changes to conservation programs could direct more spending to conservation practices. The president-elect’s environmental plan calls for using the Conservation Stewardship Program as a way of paying farmers directly, using funding from corporations that need to offset their own emissions.

Soaring demand, low stocks and high prices will push Chinese corn imports to their highest level ever in the 2020-21 marketing year, according to a new analysis out of Beijing. China is now forecast to import 22 million metric tons of corn, more than triple the level for 2019-20, according to USDA’s Foreign Agricultural Service office in China.

China is buying a lot of corn from Ukraine and elsewhere, but U.S. farmers are also selling a lot to the Asian country. About 2 million tons of U.S. corn has shipped to China since the beginning of October, but a lot more will be shipping in the months to come, says FAS. Chinese importers have so far contracted 10 million tons of U.S. corn for the 2020-21 marketing year.

FAS, reporting on talk in China’s corn industry, says the government there has already issued a new 5 million-ton tariff rate quota on top of the WTO 7.2 million-ton TRQ that has been filled for the calendar year. But even that won’t likely be enough, says FAS.

Strong U.S. exports and the sharp recovery in commodity markets this fall will likely be reflected in USDA’s monthly World Agricultural Supply and Demand Estimates report, due out on Tuesday. A top ag economist says USDA is likely to lower its forecast for corn and soybean supplies.

Keep in mind: Corn is trading at over $4 a bushel now after futures prices dipped near $3 in August. Soybean futures are over $11 a bushel after dropping under $9. 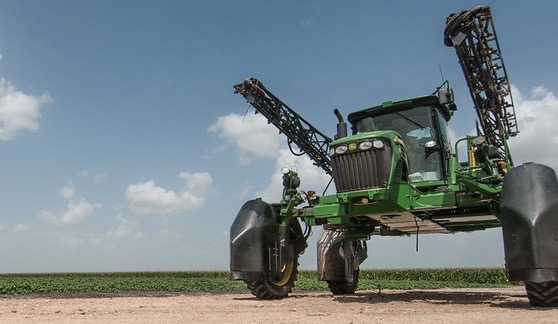 The American Soybean Association and the Texas-based Plains Cotton Growers are suing EPA over its new application restrictions for dicamba herbicide. The farm groups claim in their lawsuit that the restrictions, intended to protect other crops and vegetables, will harm soybean and cotton growers economically.

The groups want a D.C. federal court to force the EPA to reconsider its decision requiring application cutoff dates of June 30 for soybeans and July 30 for cotton, as well as increased downwind and endangered species buffers.

“The on-the-ground effect of these ‘buffers’ will lead to significant acreage of farmland being taken out of production for fear of violating the buffer rules,” the lawsuit says. “In practice, these buffers chop huge swaths of farmable land off the edges of growers’ fields.”

The lawsuit claims soybean farmers would lose the use of valuable acres and cotton growers could face devastating weed pressure in August and September.

Environmental groups have already signaled they will sue the agency as well.

They said it. Excerpts of how the two largest general farm group’s reacted to Joe Biden being declared president-elect this weekend:

American Farm Bureau Federation President Zippy Duvall: “A global pandemic, trade disputes and severe weather have converged to take a mighty toll on agriculture and beyond, impacting families and communities across the United States. Unprecedented challenges require courageous leadership and the willingness of all elected leaders to work across the aisle for the good of the nation. Agriculture provides a strong model for that, with a long tradition of aligning behind smart policy, not party lines.”