Africa food aid and development progress said to be at risk 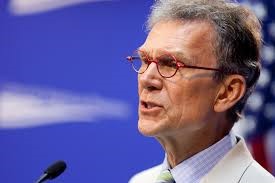 WASHINGTON, July 19, 2017 - The lack of clear direction on overseas development policy in the Trump Administration risks the partnership between the United States and many African countries that has shown promise for improved public health and agricultural development, according to former officials and advocates for global humanitarian assistance and development.

Speakers convened by the liberal-oriented Center for American Progress in Washington last week expressed concern that many senior positions at the State Department and the U.S. Agency for International Development remain unfilled while three famines threaten millions in the African nations of Nigeria, Somalia and South Sudan.

“The current administration in Washington is frankly asleep at the wheel,” said former Senate Democratic leader Tom Daschle, who chairs the center’s board. “I don’t think anyone knows what the approach will be but it’s clear that it’s not addressing the challenge. What we do know about this administration’s approach to Africa is deeply concerning.”

While the Trump administration’s proposed budget cuts – about 32 percent for the State Department – would be “disastrous” in the face of growing famine in parts of the continent, he said, the proposals “do not seem to reflect serious thinking. Thankfully, there is real bipartisan resistance on (Capitol Hill) to gutting State and USAID.” A bipartisan consensus on foreign assistance, forged over the last generation in Congress, “advances the interests of the United States as well as its African partners.”

Daschle called it “a dangerous misconception” that Africa policy should be dictated primarily by an increased military presence. “The militarized approach is costly and inefficient (while) development assistance is far cheaper. It is evident that no one in the administration has taken a serious, sober look at these issues and what it means for Africa and the United States.” 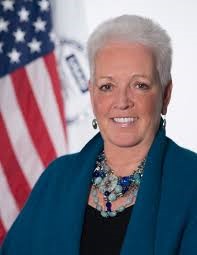 Gayle Smith, USAID administrator in the Obama administration and now president and CEO of the ONE campaign, a global antipoverty group founded by the Irish musician Bono, said there has been “an increase in military resources without a parallel increase in diplomatic resources.” However, she called USAID Administrator-designate Mark Green “a paid-up member of the bipartisan consensus on development” and expressed hope that he would be confirmed soon.

Smith was less sanguine about talk of merging USAID and the State Department or moving parts of USAID to State. “Structural changes to the institution would be really, really damaging in the long term,” she said. “Development is a distinct capability from diplomacy.”

Richard Leach, president and CEO of the food industry-funded World Food Program USA, said famine in Africa is “devastating and the numbers are huge” but found some positive signals in Washington. “We are near record levels of funding for international food accounts,” he said. Food aid groups were able to persuade Trump administration officials to reverse a plan to ship all U.S. food donations on American vessels (instead of the current 50 percent), which would be more costly and less efficient, he said. “They engaged with all of us and they turned it around. That is one thing that gives me hope. We need new ways to engage to move this administration.”

Leach also was encouraged that Rep. Robert Aderholt, R-Ala., chairman of the House Appropriations subcommittee on agriculture, increased funding for the McGovern-Dole international school food program in the pending USDA spending bill. “I am still of the belief that we can move them (the administration) in the right direction,” he said. “It is fortunate that we have members of Congress and senior staff who understand these issues and are deeply committed.”

Smith said that Congress is particularly important in the current context. “Members are grateful there is something they can work across the aisle on” such as African development. Citing “documented evidence” of declines in poverty and child stunting in African countries targeted by the Obama administration’s Feed the Future initiative, Smith said, “We have got to keep the pressure on the executive branch. We need to move much, much faster.”

The Trump administration’s priorities “are not playing well” in Africa, said Reuben E. Brigety, former U.S. ambassador to the African Union and current dean of George Washington University’s Elliott School of International Affairs. “We are absolutely in danger of ceding whatever moral authority we may have had,” he said. Brigety said that leaders in Africa “are no longer waiting for us to figure out what we may be doing. The signals from this administration have been horrendous (but) it is not too late for the administration to right itself.”