WASHINGTON, Sept. 13, 2017 - Environmental and animal rights groups applauded a couple of legal decisions last week, but only one was made by a court.

That was a ruling by the 10th Circuit Court of Appeals, which determined that two Wyoming laws that sought to prevent environmental advocates from crossing private land to gather resource data on public lands violated the First Amendment. The other was Utah’s decision not to appeal a district court ruling that found the state's “ag-gag” law to be unconstitutional.

The 10th Circuit disagreed with a lower court ruling by U.S. District Judge Scott W. Skavdahl in Wyoming, who said last year that lead plaintiff Western Watersheds Project and other groups held no constitutional right to trespass on private property in order to gain access to public lands.

But the 10th Circuit said the issue raised by the case was whether the gathering of the data – in this case, water quality data on the impact of livestock grazing – was protected by the First Amendment. The court sent the case back to Skavdahl, who must now reconsider his decision in light of the appeals court’s reasoning.

According to WWP, the 10th Circuit concluded that “Wyoming was seeking to regulate an activity that occurred on public land and that resource data collection is within the definition of the creation of speech – protected under the First Amendment and essential to public participation in numerous federal environmental statutes.” 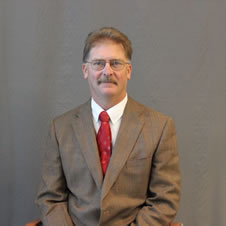 The Wyoming Farm Bureau was disappointed with the decision. Brett Moline, WFB’s director of public and governmental affairs, said the court had “elevated free speech” to a position “higher than property rights.”

Moline said he couldn’t predict how Skavdahl will ultimately rule, but said, “If police obtain something illegally, they can’t use it. I don’t know how it’s violating free speech if someone gathers something in an illegal fashion.”

WWP Wyoming Director Jonathan Ratner, however, said the court clearly stated that “trespass has nothing to do with free speech.”

“The question is not whether trespassing is protected conduct, but whether the act of collecting resource data on public lands qualifies as protected speech,” the court said.

Ratner said he thought it “unlikely” Skavdahl has been given enough leeway by the appeals court to rule against WWP and the other two groups who appealed his ruling, the Natural Resources Defense Council and the National Press Photographers Association. “But you never know,” he added.

The other legal development last week involving the First Amendment and agriculture occurred in Utah. The state said it had decided not to appeal a July district court opinion that found the state’s law seeking to criminalize undercover investigations at factory farms and slaughterhouses violated the First Amendment.

"Coupled with our recent victory in Idaho, this decision shows that states are going to have a hard time covering up cruelty to animals," said Jared Goodman, director of animal law at People for the Ethical Treatment of Animals.

A federal judge ruled in 2015 that a similar law in Idaho violated the First and the Fourteenth amendments. The 9th Circuit heard arguments on the state’s appeal in May.

Ag-gag laws in the Midwest could be subject to legal challenges soon, a University of Denver law professor involved with the Utah case told Harvest Public Media. “(Ag-gag) laws in states like Iowa and Kansas are crying out for a challenge at this point,” Justin Marceau told HPM.