Home » European court ruling: Favorable for some, but may not advance GMOs
Environment News Food Trade

European court ruling: Favorable for some, but may not advance GMOs

WASHINGTON, Sept. 20, 2017 - A recent European Court of Justice opinion may boost the spirits of biotechnology backers, but it’s unlikely to advance the prospects for biotech agriculture on that continent.

The court decided Sept. 13 that neither the European Commission – the European Union’s governing arm – nor EU member states can adopt emergency prohibitions on cultivation of genetically modified crops unless it is “evident” that such cultivation is “likely to constitute a serious risk to human health, animal health or the environment.” Countries cannot simply rely on the EU’s “precautionary principle” in acting to avert potential risks without meeting that test, the court said.

The case arose from the prosecution of three Italian farmers who grew MON810, a Bt maize variety produced by Monsanto, despite their country’s adoption of emergency measures prohibiting the sowing of such seed.

Taken alone, the opinion “adds to the chorus of helpful statements from around the world that science should be the key factor in determining the safety of biotech crops,” said Matt O’Mara, vice president of international affairs at the Biotechnology Innovation Organization.

And Ron Moore, president of the American Soybean Association, said that “from a scientific standpoint, (the) ECJ ruling is a comforting one,” adding that he hopes “it will lead to similar science-based stances on genetic engineering in Europe in the years to come.”

But the decision is unlikely to make much difference in how genetically modified seed is treated in Europe, where only one variety – MON810, the genetically engineered corn at issue in the case – is approved for cultivation. 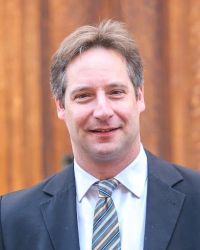 The ruling “sends an important signal in favor of science-based decision making, and against bans of safe products,” said Beat Späth, director of green biotechnology at EuropaBio. “Unfortunately, arbitrary bans on GMO cultivation will continue regardless under the more recent ‘opt out’ scheme.”

Späth is referring to a law approved by the European Parliament in 2015 that allows member states to ban cultivation on various grounds, including “environmental or agricultural policy objectives, or other compelling grounds such as town and country planning, land use, socioeconomic impacts, coexistence and public policy.”

Because of that legislation, Späth said, “We do not expect a direct impact from this court case on GMOs in the EU.”

“It is worth remembering,” he added, “that only one single GM crop (MON810) is authorized in the EU, but banned in more than half of the member states, and that our member companies have withdrawn most cultivation applications in the last few years, due to the improper implementation of the GM authorization system for cultivation.”

Nineteen of the 28 EU countries have adopted GMO cultivation bans. By contrast, nearly 60 genetically modified crops have been approved “for import and processing and/or for food and feed in Europe,” Späth said. About half of the approved crops are types of GM maize, but others include soybeans, rapeseed, sugar beet and cotton.

GianCarlo Moschini, professor and Pioneer Chair in Science & Technology Policy in Iowa State’s Department of Economics, called the ruling “a welcome (and overdue) move in the right direction,” but added that he was “pessimistic that this is going to change much in the short term.”

“Things in Europe on this matter (GM crops) move at a glacial pace,” he said.

Steve Suppan, senior policy analyst at the Institute for Agriculture and Trade Policy in Minneapolis, said he did not find the decision surprising, and questioned the validity of the European Food Safety Authority’s review of MON810. When Italy asked the EC to adopt emergency measures in 2013, the commission relied on an EFSA opinion that said there was no justification for a ban. (EFSA, ECJ noted, said Italy had presented no new scientific evidence to justify its ban on cultivating MON810.)

But Suppan, citing a recent Corporate Europe Observatory report, said close to half of EFSA scientists have either direct or indirect financial conflicts of interest. (EFSA strongly disagreed with the findings of the study, calling CEO's figures “misleading and based on a specific interpretation of financial interests that EFSA does not agree with.")

Suppan said it’s important that countries be allowed to prohibit GM crop cultivation because of the importance of organic agriculture in Europe and the fact that European law does not provide legal protection to growers whose crops are contaminated by genetically modified pollen.