The latest action in a growing season dominated by dicamba will be in Little Rock today when the Arkansas State Plant Board considers whether to severely restrict use of formulations that contain the volatile herbicide.

The ASPB is holding a public hearing followed by a vote that would send the matter to an Executive Committee of the state Legislature for final approval. The board already voted last month in favor of a proposal to prohibit dicamba use between April 16 and Oct. 31, which would mean farmers could not employ new low-volatility formulations for in-crop use. The regulations include exemptions for the use of dicamba in pastures, rangeland, turf, ornamental, direct injection for forestry, and for residential purposes.

The debate over dicamba has been one of the most divisive ever for the farming community. Growers are on both sides of the issue: Some have argued that the damage that has been done by dicamba drift this season to crops – mainly soybeans – justifies tighter controls, while others maintain they need dicamba to combat Roundup-resistant weeds such as pigweed. Last month, EPA reached an agreement with Monsanto, BASF and DuPont on new label language that includes training requirements and restrictions for the 2018 growing season.

The numbers are up slightly from Bradley’s Aug. 10 report of 2,242 cases and approximately 3.1 million soybean acres, “primarily due to the changes that occurred in some of the northern states like Minnesota, North Dakota, and South Dakota,” Bradley wrote.

Almost every aspect of the dicamba issue is disputed – the number of complaints and acreage damaged; the causes of the damage; whether the damage has led to yield loss; and what should be done to remedy the problem.

Some of those disagreements came to the fore at a meeting last week of EPA’s Pesticide Program Dialogue Committee, which includes representatives of farm and environmental groups, chemical companies, pesticide safety educators and farmworkers. During a discussion of dicamba and EPA’s new label requirements, EPA adopted Bradley’s summary data as its own and declared that the number of complaints probably represented only 20 percent of the real-world total because many growers are reluctant to report problems with a neighbor to state authorities.

The Center for Food Safety, in comments submitted to the Plant Board before the hearing, put the real number much higher, estimating that only one in 10 farmers would have filed dicamba injury complaints. That would mean the number of acres damaged in the U.S. was close to 30 million, or a third of the acres planted to soybeans this year.

When questioned about EPA’s estimate, however, Reuben Baris, acting chief of the Herbicides Branch of the agency's Office of Pesticide Programs’ Registration Division, said it was based on “anecdotal information.”

And Jay Vroom, CEO of CropLife America, asserted at the PPDC meeting that the 3.6-million acre estimate was “probably an overstatement,” because it would have been based on the assumption that the entire field was damaged, even though the injury in most cases would have been confined to the field’s boundary.

No dicamba use after April 15, Arkansas plant board says
Arkansas to mull April 15 cutoff date for dicamba use in 2018 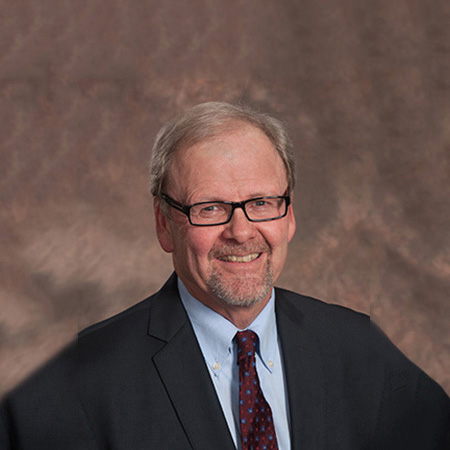 How did the damage happen? Since reports of crop damage began to surface this summer, the debate has raged over the causes, with Monsanto taking heat for appearing to blame growers and applicators for not properly cleaning spray tanks or complying with the many label requirements. One PPDC member, Amy Asmus, an owner of Asmus Farm Supply in Rake, Iowa, disputed the notion that applicator error was to blame for the damage seen this season.

Monsanto has continued to make that argument, however, telling the ASPB in comments on the proposed restrictions that in 91 percent of 1,222 cases it had reviewed, “applicators self-reported errors with respect to one or more label requirements that could have contributed to off-target movement.”

Aaron Hager, a weed scientist at the University of Illinois, criticized the applicator error argument in an interview with Agri-Pulse. “Can you honestly say there wasn’t volatility because of label violations?” he asked.

Monsanto, whose Xtendimax product was not authorized for use in Arkansas this year (the state said Xtendimax had not undergone sufficient testing), has acknowledged that “low volatility” does not mean “no volatility.” But the company is now arguing, based on sales data of BASF’s dicamba herbicide, Engenia, that damage has been caused by older, more volatile formulations that were used illegally.

BASF has said it only sold enough Engenia to cover half of the dicamba-tolerant soybeans and cotton planted in Arkansas this year. “That significant shortfall indicates that a significant percentage (potentially 40-50 percent) of dicamba-tolerant crops planted in Arkansas in 2017 were sprayed with something else, like the older, cheaper, higher-volatility herbicides,” Monsanto said in comments submitted to the ASPB.

Scott Partridge, Monsanto’s vice president of global strategy, said in an interview that the sales figures do not mean conclusively that half the acres were sprayed with older formulations, but that the plant board should at least look into the issue before taking action.

The Center for Food Safety, however, said “there is no indication that BASF accounted for the perhaps substantial number of farmers who purchased Xtend seed without using Engenia, purely to prevent dicamba drift damage to their crops. It is also unclear whether or not BASF factored in planned Engenia applications that were not made in consequence of Arkansas’ 120-day ban on all dicamba use, which went into effect on July 11th.”

The question of dicamba’s impact on yields also has come into play as the soybean harvest wraps up across the country. In its comments to Arkansas, Monsanto cites overall projections from USDA and social media posts to discount the impact of dicamba damage.

Arkansas soybean growers harvested an average of 47 bushels/acre in 2016, and in October USDA estimated that they would harvest 51 bu/acre, demonstrating, the company said, that early-season reports of “possible dicamba symptomology” have not translated into “an overall reduction in soybean yields.”

Hager, however, said that actual yield numbers are not in yet. “There are no data,” he said. In addition, he characterized the issue as “not a question of yield. This is a case of chemical trespass.”