Farmers and ranchers told a key Senate committee Wednesday to loosen the federal government’s regulatory reins so they can be competitive in today’s marketplace.

“For far too long, the people who feed, clothe, and house our nation have been burdened by policies that fail to reflect on-the-ground realities,” Environment and Public Works Committee Chairman John Barrasso, R-Wyo., said at the outset of the hearing.

Ranking member Tom Carper, D-Del., said some environmental programs, such as the Renewable Fuel Standard, have created opportunities, but acknowledged that “sometimes environmental requirements can be complex and confusing to those who farm.”

Livestock producers occupied two of the five seats at the witness table in the hearing room. Arguably their biggest concern is a requirement that they report their manure emissions under the Comprehensive Environmental Response, Compensation and Liability Act (CERCLA) – a concern that was partially addressed last week when a federal appeals court gave the Environmental Protection Agency until May 1 to come up with guidance and a streamlined reporting form to help livestock operators estimate and report emissions.

Unless Congress passes legislation before May 1, “nearly 200,000 farmers and ranchers will be on the hook to report low-level livestock manure odors to the government,” Hansen said.

Relief may be in sight. Senators Deb Fischer, R-Neb., and Joe Donnelly, D-Ind., are expected to introduce a bill this week that would exempt all animal feeding operations from CERCLA and all but the largest from EPCRA – just as EPA had originally done when it issued the emissions regulations in 2008.

Those regs were overturned by the D.C. Circuit Court of Appeals last year, but the court has now delayed the effective date of its ruling three times.

Delaware Secretary of Agriculture Michael Scuse told the committee in written testimony that “the uncertainty and continuation of deadline extensions surrounding CERCLA has caused confusion for producers in the state and there is a need for a legislative fix. We cannot keep putting farmers on notice, wondering when they will be hit with legal liability for untimely or inaccurate reporting.” 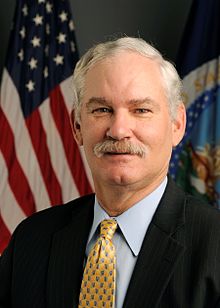 No hearing on regulations and agriculture would be complete without discussion of the “waters of the U.S.,” or WOTUS, rule. Zippy Duvall, president of the American Farm Bureau Federation, told the committee that farmers need regulatory certainty and that AFBF is looking forward to continue working with EPA to develop common-sense rules.

The Trump administration has decided to extend the effective date of the 2015 WOTUS rule until Feb. 6, 2020 so it can develop a replacement, but the delay prompted a lawsuit by 10 states and the District of Columbia, which alleged that EPA and the Army Corps of Engineers provided inadequate public notice and insufficient support in the record for their decision.

Not all the talk was of scrapping regulations. National Farmers Union Vice President Donn Teske, president of the Kansas Farmers Union, said it would be “irresponsible” to throw out all regulations, but added that WOTUS “wasn’t prepared right, it wasn’t introduced right” and needed to be redone.

Other concerns expressed by the panelists:

Duplicative regulations: The ag community has been pushing for years to get Congress to eliminate Clean Water Act permit requirements for aquatic application of pesticides, which are already subject to regulation under the Federal Insecticide, Fungicide, and Rodenticide Act. Said Duvall in his written testimony: “State water quality agencies repeatedly have testified that these permits provide no additional environmental benefits, that they simply duplicate other regulations and impose an unwarranted resource burden on their budgets.”

Endangered Species Act: Farmers, and especially ranchers, have complained for years about what they see as the “abuse” of the ESA, as Hansen put it in his testimony. He urged “modernization” along the lines of recommendations put forth by the Western Governors Association, which called for a larger role for states in implementation of the 45-year-old law.

Drones: Duvall said AFBF is concerned about the privacy and security of data collected by unmanned aircraft systems (UAS’s). “Even if an individual operator follows all the applicable rules, regulations, and best management practices in his or her farming operation, there is still concern that regulatory agencies or one of the numerous environmental organizations that unnecessarily target agriculture might gain access to individual farm data through subpoenas,” Duvall said in his written testimony.

Also testifying was Howard Hill, who represented the National Pork Producers Council. “Producers reject any notion that modern hog farming cannot be conducted in a manner that is responsible and suitable for today’s call for better environmental performance,” he said in his written testimony.