A band of veteran organic producers and advocates have launched an insurrection against USDA’s National Organic Program, owing mainly to revisions they see as weakening the standards required for certification as organic.

The rebels, organized as the Real Organic Project (ROP), include several current and past members of the USDA National Organic Standards Board (NOSB) along with long time mentors who helped develop the national organic certification program over several decades.

What's the beef? Broadly, a lot of producers see USDA officials and the standards board, which is advisory, as unduly obliging to large conventional livestock and cropping operations that want to qualify as organic – at the expense of strict standards that ensure organic farms are truly organic.

What’s more, said Harriet Behar, a Wisconsin organic farmer and current NOSB member, USDA sent board members a recent email informing them of “a narrowing of our work agenda.” Subcommittee agendas have long been set by consensus of USDA officials and NOSB members, she said, but the board was advised their upcoming agendas will be limited, for example, to making recommendations to approve or reject materials used on organic operations. 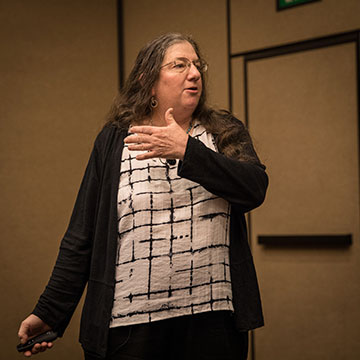 Thus, “things our subcommittees have been working on” were being scratched from the NOSB subcommittees’ April meeting agenda, she said. Board members have objected, and the April agenda “is kind of in limbo,” she said.

Asked about officials restricting the subcommittees’ agenda, a USDA Agricultural Marketing Service representative said items trimmed from the upcoming agenda “will be taken up in the future as time allows,” but, for now, “the department ... has asked the advisory board to focus on specific priorities that directly relate to strengthening the USDA Organic Seal ... ”

Dave Chapman, a Vermont tomato farm owner and Real Organic Program organizer, said the ROP board will meet on March 27 and 28 in Fairlee, Vt., to continue organizing and start drafting a few selected standards that a stricter certification may include.

About two dozen ROP board and advisory board members from coast to coast, Chapman said, will likely “start with the creation of a new add-on label to represent the organic farming that we have always cared about.” In perhaps a year or so, “I think we will come up with some proposed standards that we will run as a trial” on a selected farms, he expects. ROP has a similar intent, he said, to that of Regenerative Organic Certified, a separate premium organic certification program being initiated by the Rodale Institute and others.

“Our purpose,” Behar says, “is to gain recognition in the marketplace for attaining traditional, credible standards.” Instead of milk from certified-organic dairies with thousands of cows and no pastures, a ROP certification will mean that “consumers know these organic dairy cows are grazing,” she said. The emergence of the ROP, “we hope, would signal to the (USDA) National Organic Program that their implementation is not up to acceptable levels.”

As might be expected, organic entities representing some of the biggest organic operators are not enthralled with the ROP, yet they didn’t express vehement opposition.

The National Organic Coalition takes a rather supportive view: “Organic-plus initiatives, such as The Real Organic Project, can serve as a mechanism to highlight gaps in the organic certification and raise the bar ... to implement a higher level that is meaningful and of value in the marketplace, said Abby Youngblood, NOC executive director.

The Organic Trade Association, which represents the whole spectrum or big and small organic farmers, processors, marketers, etc., took a sort of "wait and see" view in a statement sent by Maggie McNeil, its media relations director. The statement notes OTA’s shared opposition to certifications for “soilless” production (hydroponic and aeroponic) and commitment to “continuous improvement in organic practices and standards.” But, OTA said, “it is unclear at this point what the ultimate goal of this project is with respect to organic certification” and whether the aim is certifications entirely apart from the national program.

The Coalition for Sustainable Organics, which represents mainly large organic farms but also, for example, hydroponic operations of all sizes, appears much less impressed with ROP’s plans.

“The CSO would not support efforts that may denigrate fellow organic farmers by claiming their various production methods are superior,” said Lee Frankel, CSO executive director. Further, he said, USDA’s organic seal has acquired a lot of trust across the world food market, and “changes to that seal, including the one discussed by the Real Organic Project, have the potential to dilute this trust and cause significant consumer confusion.”

Francis Thicke, who runs the organic Radiance Dairy in Iowa and just finished his term on the NOSB last month, said, “a year ago I wouldn’t have supported the idea of an add-on organic label.” He “had hoped that through ... continuous improvement we could really make (the USDA label) into a gold standard.”

“Now,” he said, “I can see that the influence of big business is not going to let that happen ... The USDA is increasingly exerting control over the NOSB, and big business is tightening its grip on the USDA.” So, he joined the ROP standard board, he said, to “enable real organic farmers and discerning organic consumers to support one another through a label that represents real organic food.”