Counties in heavily forested areas of the Western United States are pleading with Congress to provide permanent funding for a program designed to partially compensate them for the sharp decline in timber sales from non-taxpaying national forests.

The program was created by Congress in 2000 to “improve federal forest management practices and address the wildfire funding crisis,” by providing needed revenue to counties with large areas covered by federal lands. Without this additional funding to compensate for lost timber-harvesting revenue, forest management and wildfire control would continue to deteriorate, supporters said..

Jonathan Shuffield, NACo’s associate legislative director for public lands and liaison to the Western Interstate Region, tells Agri-Pulse the program is crucial to many rural counties.

“County governments that have large tracts of federal land or National Forest land within their jurisdiction aren’t able to collect property taxes on that land, and yet at the same time they have to deliver the same level of services to county residents as well as visitors to our nation’s public lands,” Shuffield says.

To help fill the funding gap, Congress authorized both USDA’s SRS payments and the Interior Department’s related PILT (Payments in Lieu of Taxes) program. The problem is that Congress must vote to continue these programs – not allow lapses as happened in 2016, which forced counties to slash payrolls and projects for public services ranging from law enforcement, jails, and libraries to mental health facilities, schools, roads and water systems.

Even when Congress retroactively reauthorized SRS this March to cover fiscal 2017 and 2018, it couldn’t find enough offsets to cover 2016. The result is that the painful non-payment for 2016 means counties can’t count on SRS payments for 2019 and beyond and therefore can’t make the multiyear plans needed for efficient management. As one county commissioner told Agri-Pulse, it also means that some county employees are quitting to move to urban areas where they won’t “worry about whether Congress is going to supply the funding for my job or not.”

Shuffield says NACo strongly supports both SRS and PILT because “these programs play a critical role for public-lands counties . . . to provide search and rescue operations, to keep teachers in the classrooms, to help construct roads and maintain water infrastructure.” 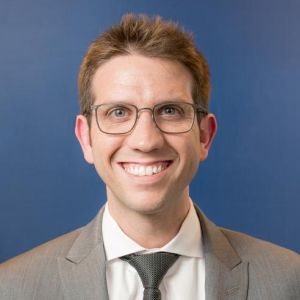 Yet the SRS payments are designed to phase out, dropping 5 percent per year under current law. So along with fighting to get Congress to continue SRS and PILT for 2019 and beyond, Shuffield explains that NACo “would like to see more active forest management . . . not only because it would produce more timber receipts going into county treasuries, but also because it improves the landscapes. And if you decrease the threat of wildfires, you’re going to decrease public safety threats.”

NACo’s call for “more active forest management” does not mean it supports ending SRS and PILT payments. One congressional staffer currently working on SRS and PILT issues explains that “some people think we can replace Secure Rural Schools with what they call ‘more active forestry management’ but the reality is that the SRS payments were calculated based on some high-revenue years for timber management. Those high revenue years, we now know, were not sustainable.”

The staffer says even an unlikely return to past high levels of timber harvesting wouldn’t provide counties with sufficient funding. That’s because advocates for phasing out federal payments are “making calculations based on a timber market from 40 years ago and the timber market today is a worldwide timber market,” providing significantly reduced returns.

Along with better forest management, what’s needed today are “reliable, consistent federal payments to continue to support the counties that host our public lands so that we can have the people and infrastructure there, so that when extractive industries go in to extract, they have a gas station and a diner there, so that when federal agents are stationed in these communities, they have places to send their kids to school,” the staff member explains.

These concerns motivate the congressional champions of SRS and PILT payments such as Sens. Ron Wyden, D-Ore., and Orrin Hatch, R-Utah, as well as GOP Reps. Cathy McMorris Rodgers of Washington and Greg Walden of Oregon. In a bipartisan letter to House and Senate leaders last December urging SRS reauthorization, 32 senators led by Hatch and Wyden wrote that “SRS has been a critical lifeline for over 775 counties in over 40 states across the country by helping fund more than 4,400 schools, road maintenance, law enforcement, and search and rescue operations.”

The letter points out that “without the certainty of SRS payments, schools, libraries, and jails are closing . . . roads go unpaved and become unsafe.” The letter concludes that “the SRS program continues to be a critical safety-net for forest counties as we work to diversify rural economies, improve forest management and forest health, strengthen historic forest revenue-sharing with local governments, and ensure that our forests provide a range of values such as clean water, jobs, and wood fiber for local economies.” 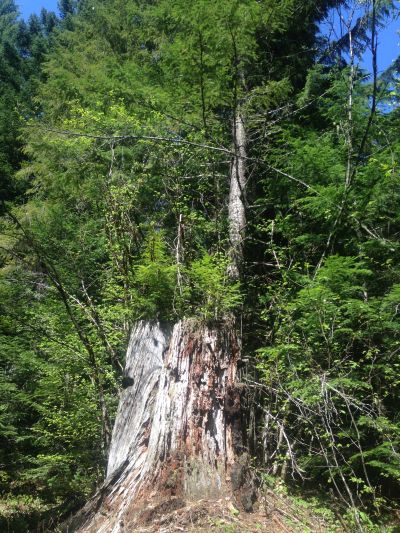 There’s also solid administration support. Announcing a record-high $553 million in 2018 PILT payments to counties on June 27, well above 2017’s $465 million, Interior Secretary Ryan Zinke said, “As a kid who grew up in northwest Montana . . .  I know how important PILT payments are to local communities that have federal lands.

Despite such support, county commissioners remain concerned, caught between federal mandates to provide costly public services and the risk that federal payments will lapse again or end.

In Idaho, Valley County Commissioner Gordon Cruickshank says the federal payments are crucial. “I personally know that we are not going to go back to the timber harvests that we saw back in the 1970s and 1980s and we’re probably never going to have a sawmill back in my county.”

After the 2016 lapse and with future federal payments uncertain, he says the county has laid off eight of its 26 employees used to maintain the county’s 750 miles of roads, “so our roads continue to deteriorate. We’re just limping along, patching the potholes. We don’t have the manpower or funding to continue to buy the supplies or equipment to keep those roads in good shape.” He adds that even if timber harvesting increases, there would be less revenue than in the past because all the county’s sawmills have been closed and dismantled due to the drastic drop in timber harvesting.

County officials in in several Western states tell much the same story.

"Those who hold out hope for getting back into the woods and generating a lot of revenue I think are really dreaming," said Mike McArthur, executive director of the Association of Oregon Counties, a NACo member. "What we need is a permanent substitute for SRS that we don’t have to go fight for every year or two."

Dan Shoun, a commissioner in Lake County, Oregon, says lawmakers are finding it tougher every year to pass reauthorization for SRS and PILT payments. He warns that with an overloaded congressional agenda, the West’s representatives shouldn’t bear the added burden each year of persuading “the newest members of Congress to support our rural programs that should have mandatory and permanent funding.”

Congressional staffers responsible for locking in bipartisan support for future SRS and PILT votes agree. One tells us that “every time we do it, it gets harder. . . . With each new Congress, fewer members understand the global importance of the federal government’s role in supporting these rural communities.” Predicting tougher battles ahead as more urban members drown out rural voices, another explains that “if you’re not willing to take the next step – selling off our public lands and making them available for private profiteering – then we need to support these rural communities that steward our National Forests and other public lands.”