House and Senate negotiators are likely to provide another infusion of cash into rural broadband development, but an effort to repeal the Obama-era “waters of the U.S. rule” doesn’t appear likely to survive the talks on fiscal 2019 spending bills.

The negotiators are rushing to finish work on a series of measures important to agriculture before Oct. 1, the beginning of the new fiscal year. They include a package of bills funding USDA, FDA, EPA, the Interior Department, and the Commodity Futures Trading Commission.

The negotiators still have a number of differences to work out over spending levels and policy issues, but it's clear that they will reject for the second straight year the spending cuts proposed by the White House, including in research and international food aid.

Environmental riders approved by the House Appropriations Committee, including a repeal of the WOTUS rule, appear likely to be scrapped during the negotiations because of opposition from Democrats. The WOTUS rider was omitted from a final Army Corps of Engineers funding bill that was announced on Monday, but remains alive in the House version of the FY19 funding bill for EPA. Another provision in the House bill would remove gray wolves from protection under the Endangered Species Act.

The Trump administration is in the process of replacing the WOTUS rule, which was issued in 2015. But a federal judge last month ruled that the EPA and Army Corps of Engineers improperly suspended the rule, allowing it to take effect in 26 states where it has not been blocked by court order. 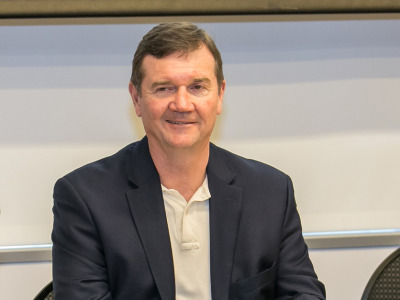 Don Parrish, senior director of regulatory relations for the American Farm Bureau Federation, said the WOTUS repeal provision was unlikely to survive the spending talks. It’s also a long shot to be included in a new farm bill, which is also being negotiated.

Democrats “have dug their heels in, and every inch that we battle in this WOTUS issue is going to be hard fought,” Parrish said.

A new round of funding for grants and loans for rural broadband development is a much better bet. The FY18 omnibus spending bill provided $600 million for the loans and grants as part of a new pilot program.

The House Appropriations Committee added another $550 million for the program in its FY19 Agriculture spending bill. The Senate-passed version of the bill would provide $425 million for FY19. The negotiators will decide on the final level.

It’s not clear how soon the final spending agreements will be reached. House and Senate leaders announced the conference committee members last week for two packages of FY19 bills, one of which includes the Agriculture, Interior-Environment, Transportation-HUD, and Financial Services measures and a second that combines the funding measure for the Defense Department with a second for the Labor Department and the Department of Health and Human Services. 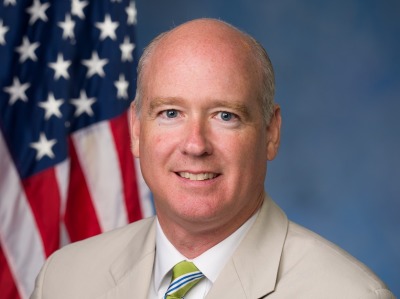 Critics of the Trump administration’s plan to relocate USDA’s Economic Research Service and National Institute for Food and Agriculture have raised the prospect of using the appropriations measures to at least delay the plans. The chairman of the House Agriculture Appropriations Subcommittee, Robert Aderholt, R-Ala., told Agri-Pulse that he didn’t expect the plans to be addressed in the negotiations, however.

A letter to Aderholt and other budget negotiators signed by the American Statistical Association and the Agricultural and Applied Economics Association, among other groups, says the ERS relocation would “certainly mean a significant loss of experienced staff, which, in turn, will jeopardize the ERS operations for, potentially, years to come.” A separate letter signed by those groups and others said USDA was moving quickly to relocate NIFA.

Washington Week Ahead: Spending deadline looms as lawmakers deal
Farm relief, SNAP benefits in play as aid talks heat up
Farm programs could be in play as lawmakers look to 2021

Here is a look at other issues in play in the spending negotiations:

BIOTECHNOLOGY. The House bill would provide an additional $3 million for FDA to conduct consumer outreach and education on agricultural biotechnology. The program is still under development.

CELL-DERIVED MEAT. The House bill would require USDA to regulate cell-derived meat and poultry products. An attempt by Democrats to strip the provision from the bill in committee was defeated, 21-30.

CONSERVATION. For once, neither the House nor the Senate appropriators have tried to cut mandatory spending levels for major conservation programs. The Conservation Stewardship Program would be fully funded at 10 million acres under both the House and Senate bills, while the Environmental Quality Incentives Program would receive $1.75 billion for FY19.

FARMWORKERS. The committee report that accompanies the House’s Agriculture spending bill would direct USDA to set up and oversee a cloud-based website through which agricultural employers will complete the H-2A petition and certification process.

FOOD AID. Both chambers rejected White House proposals to gut food aid programs. The Senate bill would maintain funding for the Food for Peace program at the FY18 level of $1.716 billion. The House bill would provide $1.5 billion for Food for Peace. The McGovern-Dole international school-feeding program would get $208 million under the House bill, the same level as FY18. The Senate would increase McGovern-Dole funding by $2 million.

HORSE SLAUGHTER. The Senate bill would continue the existing ban on federal inspection of horse slaughter.

RESEARCH. Again, appropriators rejected Trump’s deep cuts in research programs, but the appropriators will have to find compromises on some individual spending levels.

USDA’s Agricultural Research Service would get $1.3 billion under the Senate bill, $282 million more than President Trump requested. The House bill would provide $1.26 billion, $56 million more than the agency received for FY18.

The Agriculture and Food Research Initiative, the leading competitive grants program for agricultural research, would get $415 million under the House bill and $405 million under the Senate version. The program was funded at $400 million for FY18. Trump proposed to cut it to $375 million.

The smaller Sustainable Agriculture Research and Education Program would be cut to $30 million under the House bill, from $35 million this year, but increased to $37 million under the Senate bill. Trump proposed to cut the program to $19 million.