Wanted: Food that isn't perfect, for sale or donation

The online food store seems like any other online store: The five-pound wheel of Blue Stilton cheese is no longer in stock, having sold for more than $2 a pound below market price, but there’s still plenty of beef, chicken, basmati rice, apples, Yukon Gold potatoes, yogurt, and a host of other foodstuffs available.

But this is not just any online store. It’s the shopping center for FoodMaven, a fast-growing Colorado startup that sells food that can’t be sold through traditional supply channels because there’s simply too much of it or it doesn’t look quite right.

The idea? Bring more efficiency to the food system, thereby reducing food waste and getting food to the people who need it. Along the way, farmers and ranchers benefit from a new market for products that may have otherwise ended up in a landfill.

“We’re generating revenue for farmers and ranchers who would just be either leaving the product on the field or dumping it,” says Megan Cornish, vice president of government and industry affairs for the three-year-old company. "But it’s still perfectly good, nutritious food that could be used elsewhere.”

FoodMaven is one of many new ventures that has emerged in the marketplace to tackle one of the world’s greatest environmental challenges – the massive amount of food waste, which, if it were a country, would be the third-largest greenhouse gas emitter in the world, according to the United Nations Food and Agriculture Organization.

Companies old and new are stepping up efforts to reduce the amount of food waste, a goal that has become more mainstream in recent years. For example, City Harvest in New York has been “rescuing” and delivering food to partners since 1982. This year, the CropLife Foundation partnered with the American Farm Bureau and others to launch an educational resource, No Taste for Waste.

FoodMaven’s model may be unique, in that it doesn’t buy the food it sells. It takes it on consignment, stores it and shares the profits with the supplier. What it can’t sell, it donates to local food banks, passing on the tax break to the supplier. And if the food is too far gone, it can go to the hogs.

“We work with pig farmers and the Cheyenne Mountain Zoo,” Cornish says. “We’re a zero landfill company. Our real mission is to get the food eaten.”

So far, FoodMaven has diverted 1.7 million pounds of food from landfills and donated more than 700,000 pounds to food banks. 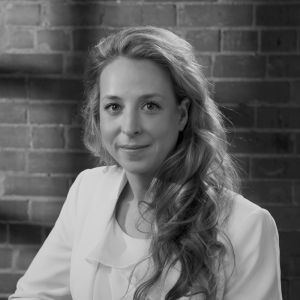 FoodMaven is just one example of how the private sector is dealing with food waste reduction efforts. Other entrepreneurial efforts focus on fruits and vegetables that don’t look pretty enough to be in a grocery store, or on technology to lengthen the shelf life of produce.

“There is growing recognition across the value chain, from retailers and restaurants to international shipping companies, that committing to food waste innovation makes good business sense,” says the 2018 U.S. Food Waste Investment Report from ReFED, a nonprofit that says it is composed of “the nation’s leading business, nonprofit, foundation, and government leaders committed to reducing U.S. food waste.”

“Food waste is an $18 billion investment opportunity,” said ReFED Executive Director Chris Cochran in a Nov. 13 news release. In 2016, when ReFED laid out its “road map” for reducing food waste, it estimated that amount would be needed to cut food waste 20 percent by 2026.

“This investment would yield $100 billion in societal economic value,” ReFED said in its latest investment report.

Two-thirds of the world’s 50 largest food companies now take part in programs with a food-loss and waste-reduction target, and "half of all U.S. retail market share has committed to the national goal to reduce food loss and waste by 50 percent by 2030,” the ReFED report says.

The 50 percent goal is from the U.S. government, which has little authority to effect change in the food waste arena.

No matter the goal, reducing food waste on a national scale is a tall order, and there’s no “silver bullet,” as the Environmental Defense Fund’s Theresa Eberhardt puts it. Eberhardt, a “supply chain project coordinator,” works on food waste issues for the business-minded environmental group.

Eberhardt says the problem is not just that grocery stores are picky about the appearance of the produce they display. Consumers also share responsibility for the attractive, but sometimes less than delicious, fruits and vegetables in those stores. 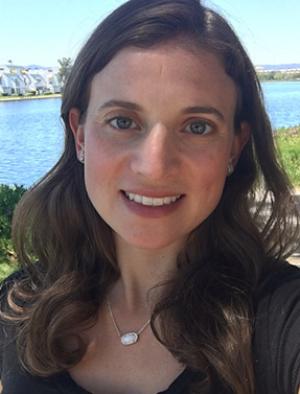 “If consumers were more willing to buy ugly produce, companies would find ways” to serve them, Eberhardt said.

One company among many trying to find a home for misshapen zucchini and other fruit and vegetable orphans is called Imperfect Produce. The Bay Area company, a three-year-old startup like FoodMaven, is up and running in 10 cities and has plans to expand to more.

The process is pretty simple, said Imperfect spokesman Reilly Brock. Customers sign up “and get a box of ugly produce delivered to their door.” The product comes straight from farms, and boxes “are fully customizable so you get to pick what goes in them.”

“Once farmers are aware of what we’re doing, they’re really excited to be a part of it,” Brock says. “For them, this waste has been not just an environmental and moral problem, it’s also been a big loss of profits. Anytime you can’t sell something and you have to leave it in the field, it’s lost profits.”

Imperfect has been moving quickly eastward across the country. It’s in San Francisco, Los Angeles, Chicago, Indianapolis and Austin, for example, and is targeting Baltimore and Washington, D.C., next, though it's already delivering to customers in Maryland.

Like Eberhardt, Brock says groceries like produce of the same size, shape and appearance. “While this is great for building pretty pyramids of produce, it’s really not good for utilizing everything farmers are growing.”

Both FoodMaven and Imperfect Produce are backed by venture capital investments. FoodMaven also has a prominent board member. Walter Robb, former co-CEO of Whole Foods, joined FoodMaven the day after he sold it to Amazon last year, Cornish said.

More established companies are also making strides toward cutting food waste, sometimes in ways small but significant. Meghan Stasz, senior director of sustainability at the Grocery Manufacturers Association, said ConAgra gave its plant managers freedom to look for ways to cut waste, and one result was a simple change to the way Marie Callender chicken pot pies were boxed. ConAgra ended up saving 300 tons of pie crust annually, as well as water that would otherwise have been used to make the pies, Stasz said.