As the second largest dairy cooperative in the United States, California Dairies Inc’s decision to rejoin the National Milk Producers Federation is a sign  the dairy industry is healing some of the divisions that marred the sector in 2007 — the year CDI pulled out of NMPF.

“Whatever issues led to us not continuing our membership 12 years ago, which was before my time, we are a more national industry now,” Rob Vandenheuvel, vice president of industry and member relations for CDI, said in an interview with Agri-Pulse.

National Milk’s board of directors accepted CDI's membership in June, giving the co-op five seats on NMPF’s 53-seat board of directors. The NMPF board then created a 14-seat executive committee, which includes CDI Chairman Simon Vander Woude.

NMPF President and CEO Jim Mulhern said CDI’s addition to their ranks “bolsters the nationwide reach and diversity of our organization and strengthens our ability as farmer-owned cooperatives to tackle a wide array of challenges.” 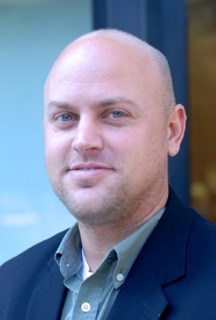 CDI, based in Visalia, was created by the 1999 merger of  San Joaquin Valley Dairymen, Danish Cooperative Creamery, and California Milk Producers and now represents 40 percent of California’s milk production and about 8 percent of the U.S. milk supply.

CDI’s 370 dairy producers ship 16 billion pounds of milk annually and make butter, fluid milk products, and milk powders. The co-op sells its products in all 50 states and more than 50 countries.

The reunion of the California co-op and National Milk is linked to California joining the Federal Milk Marketing Order program last fall after a California order was approved by a supermajority of the state’s dairy producers.

Land O’Lakes, Dairy Farmers of America, and CDI led the multi-year effort to establish a federal order for California as a way to improve the state’s milk prices for producers — often the lowest in the nation. Milk marketing orders are regional programs run by USDA for regulating minimum milk prices.

Becoming part of the FMMO system helped convince CDI’s board to rejoin NMPF.

“Joining the federal milk marketing order puts us on a level playing field with those who operate under the same system,” Vandenheuvel said.

As part of the federal order system, CDI now has an active role to play in future FMMO hearings and decisions, he added.

According to an Agri-Pulse analysis of PAC giving during the 2018 election cycle, based on FEC data from Open Secrets, CDI gave $668,500 to PACs, mostly to House and Senate GOP members and leadership PACs, compared to NMPF’s $140,250. CDI’s PAC donations during the last election cycle were more than any other dairy coop and eclipsed those of Dairy Farmers of America and Land O’Lakes combined, according to the data.

Some of the issues that spurred CDI to leave the NMPF fold 12 years ago no longer exist now that California has joined the Federal Milk Marketing Order System and the United States is now a net exporter of dairy products. Trade is a major issue for all U.S. dairy producers, but particularly for California farms.

“Trade is our highest priority,” says Vandenheuvel. “We export 60 percent of our milk powder. Six out of every 10 pounds of CDI milk powder is sold to other countries. Access to Mexico, Southeast Asia, and the Pacific Rim is hugely important to us.”

Fluid milk standards, another issue important to CDI members and all California dairy producers, could now become a national issue. California’s longstanding enhanced fluid milk standards require lower-fat milks — 1 percent and 2 percent — to include added solids. “We think that should be looked at nationally,” says Vandenheuvel.

Adding solids to milk not only serves to increase the protein, calcium, and potassium levels in milk, it also prevents those solids from going into surplus dairy products, such as nonfat dry milk. Since CDI joined NMPF’s membership, NMPF passed a motion supporting CDI’s position on fluid milk standards.

With CDI once again a member of NMPF, the co-op’s membership should benefit. “You are always more effective as an advocate if you are part of a coalition,” Vandenheuvel says. And with CDI’s clout added to NMPF’s membership, producers throughout the country should benefit when it comes to common-ground issues like trade and enhanced fluid milk standards. At the same time, Vandenheuvel notes that CDI’s individual policies on advocacy and PAC activity will not change.