A lingering downturn in farm profits is starting to show up on the balance sheets of ag organizations, but drops in salaries for the leaders of those groups are exceedingly rare.

According to the Agri-Pulse annual analysis of compensation for ag, food, energy and environmental organization CEOs — some who served for a full year, some who only worked for part of an organization’s fiscal term — top executives earn an average salary of more than $566,000. For CEOs in the same role as what we reported in last year’s compensation report, salaries increased an average of about 9%.

That increase is a little less than double what USDA’s Economic Research Service recently predicted for this year’s increase in overall net farm income, a 4.8% jump to $88 billion. If realized, that would represent the third straight year of increased farm income, but to levels nowhere near 2013 peaks.

An increase in compensation within ag organizations tracks with broader trends across all industries, according to American Society of Association Executives Chief Administrative Officer Bob Skelton.

“It’s a good economy, so not surprisingly you’re seeing compensation go up,” he said in an interview with Agri-Pulse.

What Agri-Pulse started as a look at just a handful of salaries almost three decades ago has grown into a deeper, broader look at organizations ranging from mainstays like the National Corn Growers and American Soybean associations to recent additions like this year’s expanded look at livestock breed groups and several trade associations based in California. The report — based on tax documents gathered online, through the Department of Agriculture, or from the organizations themselves — now examines 140 groups across the spectrum of influence in farm policy. 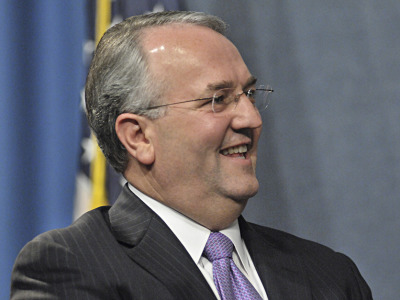 This report, as it has every year with a growing list of organizations, is meant to inform boards of directors of the market rate for organizational leadership, make those leaders aware of the pay scale of their competitors, and disclose to farmers and ranchers who might be members of some of these organizations just how much money is being paid to a top executive.

Jack Gerard, the former leader of the American Petroleum Institute, leads the way this year with a salary topping $6.6 million. Ten other executives pulled in more than $1 million, but four of those 11 — Gerard, Pam Bailey (Grocery Manufacturers Association), Camden Fine (Independent Community Bankers of America), Susan Neely (American Beverage Association), and Jay Vroom (CropLife America) — are no longer with their respective organizations.

Speaking of departures, this year’s report also lists what could be the final figures reported for some farm policy mainstays like Vroom, Renewable Fuels Association’s Bob Dinneen (who remained with RFA in a different role), and former U.S. Grains Council CEO Tom Sleight, who stepped down in June.

This year’s report also gives us the first look at a full year’s salary for some relatively new faces whose salaries hadn’t been reported in full, as tax documents tend to take a year or two to become public. For instance, last year’s report featured a partial look at the salary for Growth Energy CEO Emily Skor, whose total compensation topped $733,000 for the 2017 calendar year.

Skor’s compensation represents an increase over her predecessor, but that isn’t always the case. This year’s report features the first look at the payment for American Farm Bureau Federation President Zippy Duvall, whose $648,111 salary is well below the $832,216 we reported last year for former AFBF leader Bob Stallman. Agri-Pulse is told the salary dip for a new president is nothing new — something similar happened to Stallman when he took the position 16 years prior.

Keep in mind: Sometimes CEOs are not the highest paid individuals in a nonprofit organization because other staff members are compensated for their longevity, expertise or transitional roles. For example, during his last year as Executive Director at the Center for Science and the Public Interest, Michael Jacobson’s total compensation dropped from $204,447 in 2017 to $189,070 in 2018. As part of the transition, CSPI’s director of nutrition policy, Margo G. Wootan, was elevated to the new position of vice president for nutrition with a compensation package totaling $202,968. In September of 2017, Peter Lurie was hired as the new Executive Director and his salary reflects only part of their fiscal year.

Skelton says there’s no single rule for compensation of new CEOs, and situations are often handled on a case-by-case basis.

“If (the new CEO is) considered to be better and more experienced, you’re probably going to pay a premium for it,” he said, which could also be interpreted, in some cases, as a level of unhappiness with a previous leader.

“In the case where a longtime CEO has retired, you’re probably going to be able to hire at a discount because you’re going to get somebody with less experience,” he added.

As the farm economy continues its slow crawl out of a prolonged downturn, it remains to be seen how compensation for executives and other farm group employees will be impacted. But, Skelton cautions, a booming economy elsewhere could provide outside opportunities for employees with a broad skill set.

“A lot of trade associations, especially, tend to look for people with experience in the industry,” he said, but also noted that proven growth and management skills could be transferable to a new field. “It’s going to make it a little harder for those involved on the agricultural side to compete.”