A Trump administration plan to reduce the amount of fruit and some vegetables such as carrots that schools must serve to kids has alarmed nutrition advocates, many lawmakers and two former agriculture secretaries.

Producer groups are divided over the proposed rule depending on how they would be affected.

USDA argues the changes are needed to reduce waste in school breakfasts and lunches.

The possible changes include: 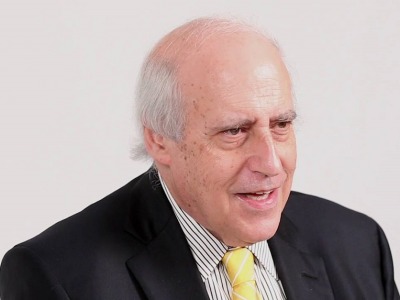 The proposals “are a step backward and should not be made,” Glickman told Agri-Pulse. “We are dealing with an epidemic of childhood obesity. Reducing the amount of fruit eaten at breakfast by a half cup may not sound that significant, but in terms of nutrients, it’s very significant.”

More than 70 House Democrats, led by Connecticut Rep. Rosa DeLauro, who is seeking to become chairwoman of the House Appropriations Committee, sent a letter to Agriculture Secretary Sonny Perdue urging him to withdraw the proposal, saying it “would roll back a decade of improvements to the nutritional quality of school lunches and jeopardize the health of our nation’s youth.”

The top Democrat on the Senate Agriculture Committee, Debbie Stabenow of Michigan, also is opposed to the changes. "It sends us backwards in terms of children having access to fresh fruits and vegetables," she told Agri-Pulse.

USDA says in the text of the proposed rule that allowing schools to offer the same weekly minimum amount, a half cup, from each subgroup will reduce the complexity of the program for meal providers.

The department also says that some school meal program directors “report challenges with food waste and report that children are throwing required vegetables in the trash.”

A USDA study found that approximately 31% of vegetables served in schools were wasted, the same as food waste in America at large.

The United Fresh Produce Association hasn’t taken a formal position on the proposal yet, but the group opposed the guidance that USDA issued last year to pasta made from vegetable flour to be credited toward a vegetable subgroup’s minimum weekly requirement.

Mollie Van Lieu, senior director of nutrition policy for United Fresh, said her group wanted to make sure the changes were consistent with the federal dietary guidelines. “The current updated nutrition standards have been very successful. Kids are eating more fruits and vegetables,” she said.

One concern her group has: For lunch, the current standards allow for 1.5 cups of vegetables to come from any category. The proposed rule would increase that amount to 2.5 to 3 cups. “The fear is that one subgroup theoretically could make up half to more than half of the 5-cup weekly minimum requirement as long as it complies with the overall sodium and calorie requirements,” Van Lieu said.

The rule will benefit potato growers by changing regulations that had allowed potatoes to be crowded off of school menus by other vegetables, said Kam Quarles, CEO of the National Potato Council.

Under the existing regulations, two cups of other less-consumed vegetables must be served before potatoes.

In 2012, Congress eliminated a prohibition on serving white potatoes and other starchy vegetables in school breakfasts, in part because of recommendations by the Institute of Medicine, Quarles said.

Christopher Valadez, president of the Grower-Shipper Association of Central California, Salinas, says reducing the amount of fruit served at breakfast outside the classroom to a half cup is concerning, particularly if fruit juices are allowed to fill that requirement.

Not all commodity groups are as concerned. The American Mushroom Institute, for instance, says mushrooms are versatile enough that the reduction in the weekly minimum requirement of the “Other” vegetables subgroup may not affect mushrooms as much as other varieties.

Mushrooms can be served on pizzas, on salads, and in other dishes, and they are starting to be used in snack bars, the group says.

USDA will be taking public comments at regulations.gov on the proposal through March 23.