Daybreak: An upgrade to Buy California

A bill to bolster the Buy California program

A new bill seeks to reduce the amount of exemptions for CDFA’s Buy California program. The public-private partnership encourages food retailers to purchase local products, but it allows exceptions when other bids come in lower.

This week, Asm. Eduardo Garcia of Coachella put together a bill to change that. It would prohibit a retailer from selling anything grown outside of California unless the “product is not available from farms located in the state.” It does not add any criminal penalties for violators, however.

Next: Garcia created the measure just a day before the Assembly departed for a month-long summer recess. Yet the bill, a "gut and amend" of an earlier bill, currently resides in the Senate, which has two weeks until recess.

In 2019, however, growers in the heart of California peach country were still finding imported peaches in school lunches (photo). 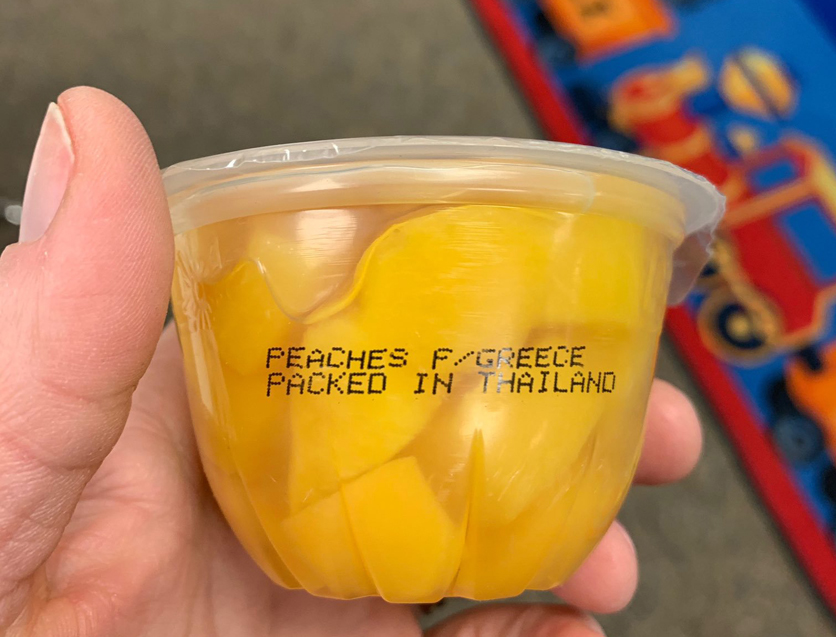 The Assembly passed a measure yesterday that would expand unpaid and “minimally paid” sick leave for employees.

According to Asm. Ash Kalra of San Jose, “California’s leave protections are woefully inadequate to respond to this [pandemic] and other public health emergencies.”

Kalra and his co-authors argued the additional three days of sick leave would help the “immigrants and women” who have been disproportionately impacted by COVID-19.

Standing in opposition, Republican Heath Flora, who represents part of the San Joaquin Valley, pointed out the bill has no urgency clause and would not take effect until January. He said that “this is something [legislators] have tried to do for a while.” Flora also pushed for an exemption for small business owners.

While still in support, fellow Democrats Adrin Nazarian and Al Muratsuchi, both of Los Angeles, agreed the bill should not treat “mom and pop small businesses” like larger corporations.

Asm. Lorena Gonzalez of San Diego countered that most businesses already offer this leave. She said those restaurants and flower shops don’t want employees infecting others. Gonzalez did acknowledge that amendments can still be made as the Senate takes up the bill.

On that note: The Senate Appropriations Committee approved a measure on workers’ compensation yesterday. In contrast to Newsom’s temporary order, this bill would allow employers to dispute a claim that a COVID-19 infection occurred on the job.

The committee also passed a measure proposing $50 million in workforce development grants for Central Valley farmworkers, among others. 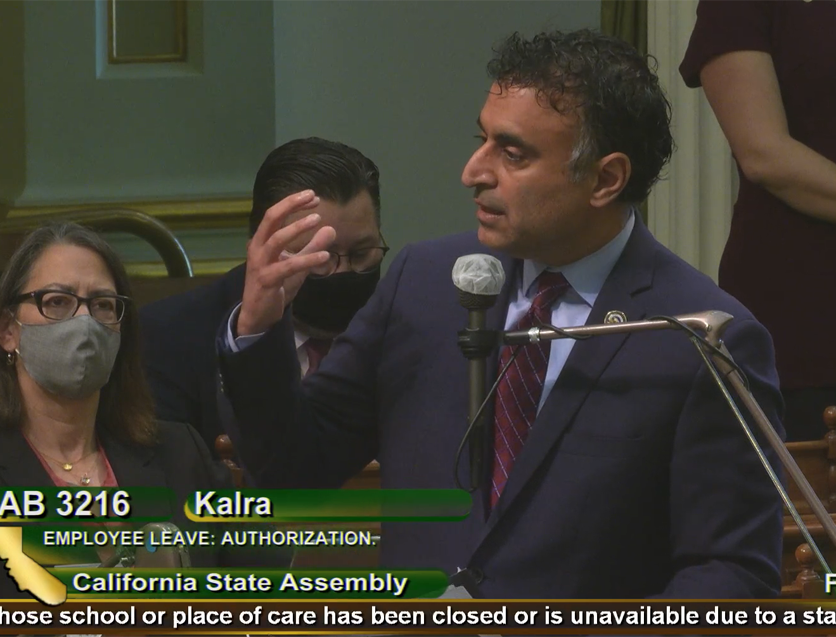 A new poll finds strong public support for compensating farmers for the impact of the coronavirus pandemic.

The Morning Consult survey done for the American Farm Bureau Federation found that 53% of adults believe farmers have been affected “a lot” by the COVID-19 crisis, and another 23% believe there has been at least some impact on producers.

Some 52% of Americans say they strongly support providing financial assistance to farmers, and another 32% are somewhat supportive. Only 6% of those polled are opposed to assisting farmers.

Other findings: 85% of those polled think the pandemic has affected the food supply chain, and 59% believe that agriculture should be classified by the government as a matter of national security. The poll was conducted June 6-7 with 2,200 adults.

“Shortages at grocery stores and other food supply chain shockwaves caused by the pandemic gave many people a new understanding of the crucial role of America’s farmers and ranchers and the importance of their survival through the COVID-19 economic storm,” said AFBF President Zippy Duvall.

Trump painted Bolton as a disgruntled employee in a Thursday tweet, calling him a “sick puppy,” and White House trade adviser and China critic Peter Navarro told reporters the accusations were untrue.

By the way: Vanity Fair says it has an unredacted version of Bolton’s book that quotes Trump as telling Xi Jinping: “I will probably win anyway, so don’t hurt my farms. … Buy a lot of soybeans and wheat and make sure we win.”

Take note: Rep. Ron Kind, a senior member of the House Ways and Means Committee, which oversees trade policy, tells Agri-Pulse that Bolton’s claims need to be investigated. But Kind is also concerned that China ultimately won’t fulfill its commitments under the “phase one” agreement.

“I’m skeptical, I know a lot of other people are skeptical just because of the economic hit that China is taking right now. … The goal is to try to get China back to at least where they were pre-trade war” in terms of U.S. ag trade.

Watch our interview with Kind on this week’s Washington Week in Review.

Trump: US has ‘decoupling’ option

Trump has recently cast doubt on the trade deal himself, and Thursday he tweeted that the U.S. has an “option, under various conditions, of a complete decoupling from China.”

The tweet was apparently in reaction to comments made Wednesday by U.S. Trade Representative Bob Lighthizer at a House Ways and Means Committee hearing. Lighthizer dismissed the idea of severing all trade ties with China.

Responding to a question, Lighthizer said, “Do I think that you can sit down and decouple the United States economy from the Chinese economy? No. I think that was a policy option years ago. I don't think it's a reasonable policy option at this point."

“Bottom line: We fail in the Delta because we are using decision-making processes from earlier eras, when only collaboration will work in a 21st century collaborative era.” –Tim Quinn, a water policy expert at Stanford University, in a conversation on the future of California’s battle over Bay-Delta flows