A major farm group is gearing up for the possibility of a national debate about climate policy after this year’s election.

Other policy positions say that USDA should have a lead role in carrying out climate programs that involve agriculture and climate legislation should allow farmers “to use the most effective and appropriate production practices to meet the needs of their operations.”

Why it matters: If Democrats win control of Congress and the White House in November, climate legislation is going to become a top priority in the nation’s capital. Farm groups will want to shape the debate.

Leaders of the American Farm Bureau Federation gathered online over the past two days to listen to pitches from the Trump and Biden campaigns, sources tell Agri-Pulse.

President Donald Trump and Ag Secretary Sonny Perdue talked to the Farm Bureau’s state presidents Wednesday on a teleconference to explain why Trump should get a second term.

The Farm Bureau doesn’t endorse candidates, but it’s the biggest ag group in the country and both campaigns are hoping for all the rural support they can get – a factor Trump says weighed heavily in his 2016 election.

Texas Sen. John Cornyn, who’s running for re-election in a state that Democrats hope to flip in November, is getting some help today from Perdue.

Perdue has a series of events with Cornyn, including a producer roundtable in the Austin area, and concluding with events in Houston, where they will highlight food distribution programs USDA launched in response to the COVID-19 crisis.

Keep in mind: Rural Texas voters have become increasingly critical to Republicans in recent cycles as the state’s cities and suburbs have moved toward Democrats. Recent polls show Trump and Biden running neck and neck in the state; Cornyn was up by 8 points in the most recent poll of the Senate race.

Perdue isn’t the only one on the road: Bill Northey, USDA’s undersecretary for farm production and conservation, was in Montana Wednesday to meet with producers and GOP Sen. Steve Daines, who faces a tight re-election race. 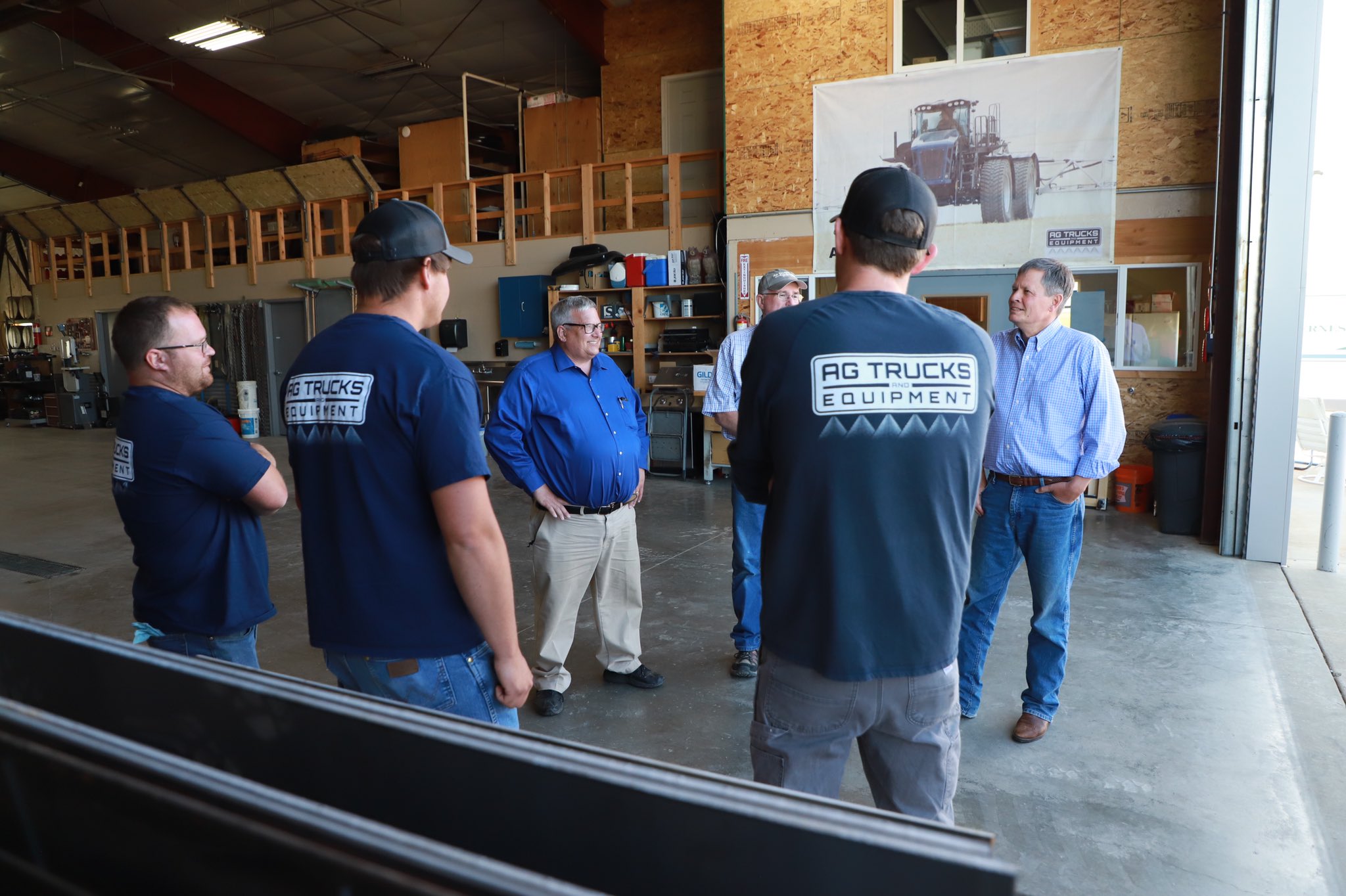 Among Jackson’s issues: Bringing back mandatory country of origin labeling for beef and pork. Read our story here.

Ag retailers and ranchers are praising the Trump administration’s rewrite of National Environmental Policy Act regulations, but environmentalists and Democratic state attorneys general may file suit to stop the changes from being implemented.

The new regulations would streamline the approval process for everything from grazing permits to infrastructure projects by, among other things, limiting the scope of projects to be reviewed and creating hard deadlines for reviews to be completed.

Daren Coppock, president and CEO of the Agricultural Retailers Association, says the new rule “will speed up the approval process for much-needed infrastructure projects, which will especially benefit the rural communities in which ag retailers and their customers live and work.”

But Washington Attorney General Bob Ferguson and the Western Environmental Law Center vowed to fight the policy changes in court. The new regs “weaken environmental reviews on countless projects in Washington and across the nation, leaving our states and communities without vital tools to ensure federal agencies make smart decisions that do not harm our communities and environment,” he said.

The panel of scientists that recommends how to update the nation’s dietary guidelines have released their report, and the biggest headline is a call for Americans to cut their intake of added sugars.

Sarah Reinhardt, lead food systems and health analyst at the Union of Concerned Scientists, called the report’s recommendation that Americans only get 6% of their calories from added sugars “a major public health victory.”

She also praised the Dietary Guidelines Advisory Committee’s recommendation that there be “a renewed focus on systemic factors that influence diet and health, including the sustainability of the food supply.”

The report now goes to the Department of Health and Human Services and USDA for their use in writing the 2020 version of the dietary guidelines.

Commodity groups found much to like: The National Cattlemen’s Beef Association emphasized that the report says “many Americans would benefit from getting more nutrients like protein, iron and choline, which are readily available in beef.”

The American Egg Board noted that the committee for the first time issued recommendations for babies and toddlers and specifically suggested eggs as an important first food, as well as a good option for pregnant and lactating women.

Jim Mulhern, president and CEO of the National Milk Producers Federation, expressed disappointment that the committee didn’t take “a fresh look at multiple studies that show beneficial or neutral effects of dairy on chronic disease risk at all fat levels.”

Biofuel advocates hope new economic analysis showing the industry lost over $3.4 billion in revenue the first part of the year, will persuade Congress to provide them financial help in the next coronavirus relief package.

According to a study released Wednesday by the Renewable Fuels Association, ethanol production fell a total of 1.3 billion gallons from March through June.

“While we have seen a rebound in gasoline consumption since April, there are still fewer drivers on the road than there were before the pandemic,” Renewable Fuels Association President and CEO Geoff Cooper told Agri-Pulse.

According to Energy Information Administration data, ethanol production for the week ending July 10 was down 12.7% from 2019.

He said it. “We had a great call with the farmers. They’re doing very well.” – President Trump in Georgia on Wednesday, apparently referring to the Farm Bureau call.