Farmworker organizations this week released the results of a new study aimed at understanding how the COVID-19 pandemic has been impacting farmworkers. The study comes as the Newsom administration invests in testing and housing for farmworkers to address the disparities, including more than $50 million to support Central Valley efforts; the Legislature is also considering measures to expand benefits for vulnerable populations like this.

Nearly half of the 900 workers surveyed in the study reported losing work time and subsequent income during the pandemic. The loss was due to factors like decreased market demand, workplace disinfection for COVID-19 and employee testing, but the lack of child care due to school closings and fears of catching the virus have also kept workers home.

Slightly more than half, 54%, said their employers have provided face coverings, with many receiving masks just one time — though the report acknowledges this may not reflect more recent efforts in supplying masks. Yet nearly all said they wore masks in the workplace, likely supplying their own. Farm labor contractors were the least likely to provide resources like this, followed by packinghouses and farmers hiring directly. About 30% of the farmworkers said their employers are taking all the necessary precautions; The same amount said their fellow workers should take more precautions.

About half the farmworkers have experienced barriers to health care, such as high costs and lack of insurance or sick leave. Nearly all of the respondents, 90%, said they are taking precautions at home to protect their families from the spread of the virus.

The six farmworker organizations behind the study – nonprofit groups, labor researchers and policy advocates – were coordinated by the California Institute for Rural Studies and provided a number of recommendations based on the findings. In the report, they urge the state to expand income and safety net support for farmworkers — including the 60% estimated to be undocumented — and to strengthen Cal/OSHA enforcement, while also mandating that COVID-19 testing include occupations as part of the screening questions. The groups also argue that farmworkers have been systematically excluded from social safety net programs.

Farmworker groups have been raising many of these concerns since the pandemic began. Agricultural groups, such as the California Farm Bureau Federation, the Western Growers Association and the Grower-Shipper Association of Central California, have been racing to address these issues in a number of ways — from educating members on safety protocols to running public service messages on local radio stations and procuring millions of masks through public and private partnerships.

In a separate report, the California Institute for Rural Studies notes that in Monterey County, farmworkers are three times more likely to contract the virus than other essential workers. The Monterey County statistics have been widely cited due to the fact that most counties do not track data on occupations when testing for the virus and the state has not instituted a standardized reporting system for tracing details like this across counties.

Don Villarejo, who founded the Davis-based institute and authored the jobs report, reviewed county health department websites and found that four out of 58 counties publicly shared information about employment status in relation to COVID-positive cases.

“There is a fundamental lack of transparency,” he said in a press conference Tuesday. “Lacking that local information, we are in serious trouble.”

Villarejo reviewed Monterey’s jobs numbers to discover a 39% decline in agricultural employment during April, May and June. Statewide, agricultural workers saw a 23% drop in June, losing more than 110,000 jobs, according to Villarejo.

The farmworker organizations also point out that the state employs about 800,000 farmworkers, with few holding full-time, year-round work, leading to an average annual income of less than $18,000.

The groups performed the study in partnership with the UC Davis Western Center for Agricultural Health and Safety and the Community Alliance with Family Farmers, among several other groups.

Gov. Gavin Newsom, meanwhile, has been ramping up efforts to investigate coronavirus outbreaks among agricultural workers in the Central Valley.

“The rising community transmission rates we are seeing, particularly among Latinos in the Central Valley, are concerning,” he said in a press briefing Monday.

Latinos, for example, comprise 53% of the population in Fresno County, but account for 65% of COVID-19 deaths.

Newsom is allocating $52 million in emergency funding from the Centers for Disease Control to boost testing, contact tracing and isolation housing in the region. Strike teams will be investigating outbreaks in agricultural workplaces, high-density housing developments and factories, but will engage with employers through a “supportive mindset,” rather than punitive, he added. 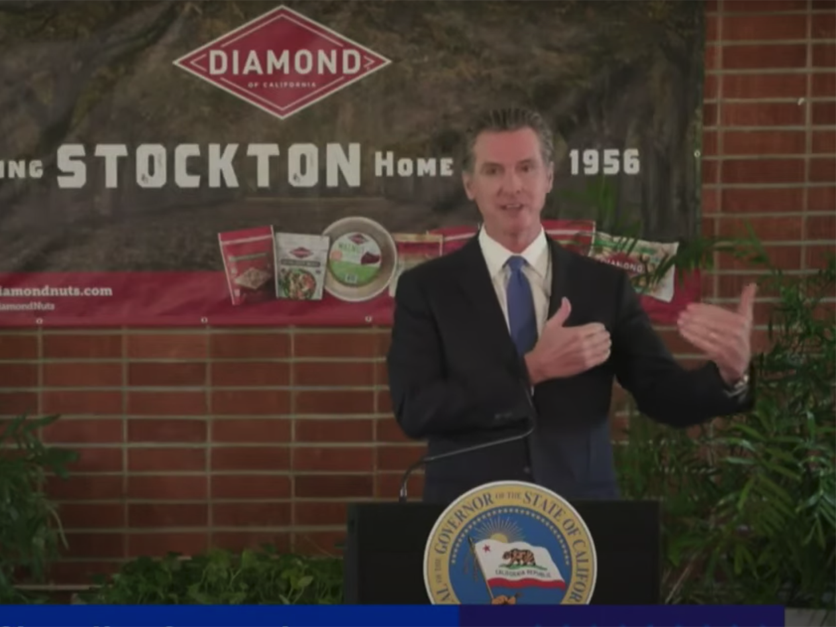 Newsom said on Friday he is supporting a measure in the Assembly to add more regulatory muscle for Cal/OSHA in order to more swiftly close outbreak investigations. Attorney Michael Saqui, who represents agricultural clients in labor disputes, has been warning that Cal/OSHA strike teams have already been issuing citations to Central Valley farms and agricultural facilities in rural areas for failing to follow social distancing guidelines.

Newsom also promised to expand an industry effort to build isolation housing and procure hotel rooms for exposed but asymptomatic farmworkers. He is working with the Legislature on expanding earlier executive orders on paid sick leave and workers’ compensation, which have been opposed by a broad coalition of agricultural and business groups.

Now that lawmakers have returned from an extended recess to further quarantine, a number of these bills will be debated over the next five weeks until the end of the session.

Correction: This article previously stated incorrectly the survey was an update to an earlier study by UC Merced. The university has a separate farmworker study funded through support from Sen. Anna Caballero. We regret the error.