The state has procured hotel rooms to allow ag employees to self-isolate after being exposed to COVID-19. Community organizations are also providing meals, wellness checks and language assistance.

“COVID-19 has had a profound impact on our farmworkers and food processors,” said Santa Barbara Public Health Director Van Do-Reynoso. “We rely so much on these essential workers, and the Housing for the Harvest Program will ensure our agricultural community continues to have access to basic needs while staying safe.” 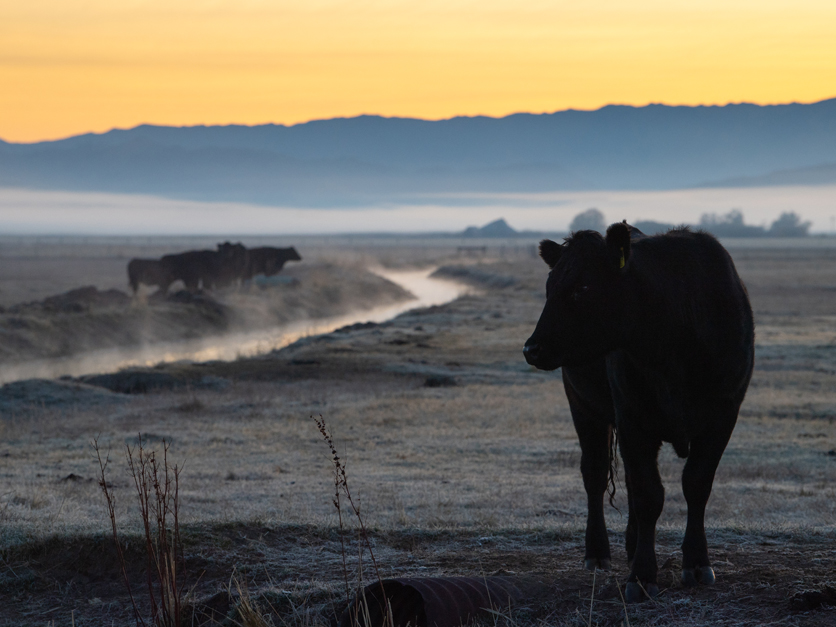 The California Water Institute at Fresno State released a report yesterday that outlines the next steps needed to build and fund a new water infrastructure plan for the San Joaquin Valley.

The Sustainable Groundwater Management Act is expected to fallow up to one million acres of farmland in the valley, leading to annual crop revenue losses of $7 billion.

“We could sit and watch our infrastructure fail, or we could do something about it,” wrote water expert Thomas Esqueda and institute staff in the report.

The report’s proposals leverage state, federal and local dollars over a 30-year timeframe. This would cover the costs for repairing and building water infrastructure to replenish groundwater aquifers. The goal is to minimize the economic impacts as SGMA plans are implemented over the next 20 years.

The report explores options like local sales and revenues taxes and surcharges on water users.

On that note: A feature-length documentary premieres this weekend that tackles water issues in the valley.

Through interviews with farmers, conservationists, scientists and local leaders, the documentary navigates the complex negotiations at play behind the voluntary agreements process. The Modesto Irrigation District partnered with a film studio on the project.

A UC Davis report out this week paints a grim picture for SGMA impacts on domestic wells. After analyzing 41 groundwater sustainability plans for critically overdrafted basins, researchers find that as many as 6,000 wells are at risk of failure.

The report urges the Department of Water Resources to reject any plans that threaten domestic wells. It also suggests the costs for providing clean water to residents be paid locally, rather than through state programs. The report calls for more research to better understand just how many disadvantaged communities rely on these wells.

On that note: UC Davis has received $20 million in grant funding to study artificial intelligence in food systems. The National Science Foundation money will help to create a new institute that will seek out ways to make the food system more efficient.

This could be through robotics, sensing technologies or new advances in molecular breeding and gene selection. It could even delve into food safety and personalized meal planning. 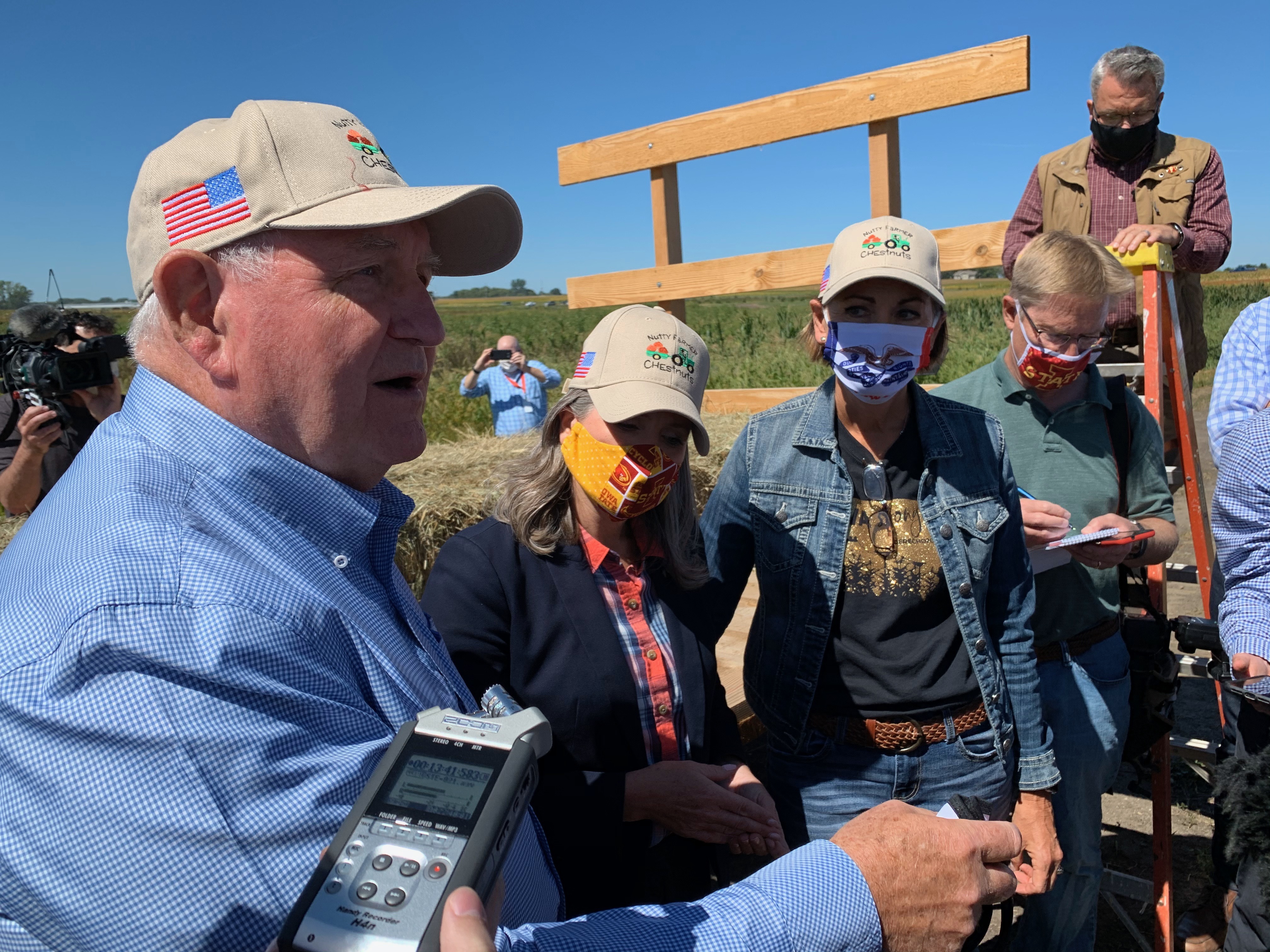 Farmers should find out next week about a new round of coronavirus relief payments, and there could be some additional aid in the works for farmers hit by natural disasters this summer.

Agriculture Secretary Sonny Perdue told reporters in Iowa Thursday he plans to announce the rules for the payments ahead of next Friday’s deadline for enrolling in the first round of the Coronavirus Food Assistance Program.

USDA doesn’t need to go back to Congress for authority to make additional CFAP payments because the department has plenty of money on hand to make them under its Commodity Credit Corp. authority. But Perdue says USDA will need to get authority from Congress to provide disaster aid, possibly under a new round of last year’s WHIP-plus program.

He told reporters the department is providing lawmakers the information they’ll need in crafting disaster provisions that could be included either in a new COVID aid bill or in a continuing resolution that will be needed to keep the government operating after Oct. 1.

By the way: Perdue confirmed that the CFAP-2 payments would cover producers’ pandemic-related losses from April 15 through the end of the year.

Four Democratic members of the Senate Ag Committee are demanding answers as to why some producers have been left out of CFAP-1.

Many growers “have received conflicting or confusing explanations and are seeking further information as to why they were deemed ineligible – especially given that many have already suffered or continue to suffer economic impacts due to reduced demand from schools, restaurants, farmers markets, processors, and export and retail markets,” the senators say in a letter to Perdue.

The senators, led by Amy Klobuchar of Minnesota, argue that many producers have received “conflicting and confusing” explanations about why they were denied access to CFAP.

EPA Administrator Andrew Wheeler used a speech Thursday to outline the priorities a second Trump administration would pursue when it comes to environmental regulation.

One of EPA’s goals in a second-term Trump administration would be to develop a “holistic” pesticide program, Wheeler said in an address at the Nixon Presidential Library in California. He said the public and the media tend to focus too much on individual pesticide decisions, “which has left the American public uninformed on our science-based process.”

“We will take into account biotech advances and better examinations of new active ingredients,” he said. A proposal released this week, Wheeler said, “would remove onerous and expensive regulation of gene-edited plant protectants.” In addition, he said EPA “will safeguard pollinators to support the agriculture industry.”

Environmental groups have criticized and sued the agency for approving pesticides they say are harmful to pollinators.

Keep in mind: EPA this week proposed a plan to streamline the approval process for crops that are genetically engineered to resist pests.

The nation’s state ag officials are committing themselves to improving diversity and combatting racism in agriculture.

During their annual meeting this week, members of the National Association of State Departments of Agriculture adopted a new policy committing the group to “inclusion, outreach, and engagement to embrace diversity within the agriculture sector and to combat racism in all forms.”

The group also approved a policy supporting the use of rural economic development funding for rural-to-urban ag development projects. Other policies address the importance of specialty crops and support “significant congressional funding and economic incentives to increase U.S. meat and poultry processing capacity and competition.”

Bottom line: The new diversity and inclusion policy says “NASDA believes that the future of agriculture is best served when all of those in the agriculture community are empowered regardless of race, gender, sexual orientation, and/or religious creed.”

“I have the heart of a farmer, as a farm boy. It’s sad, somber, sobering. It’s heartbreaking for the people who put their sweat, blood and tears into the crop to produce it.”—Ag Secretary Sonny Perdue, commenting on the storm damage he saw in Iowa on Thursday.