There were high hopes after the "phase one" agreement was implemented last February that China would finally overhaul its opaque and sluggish approval process for new agricultural biotech traits, but that optimism has mostly turned to disappointment a year later, according to current and former government officials as well as industry representatives.

“They haven’t made much of a change,” said one U.S. government official, who asked not to be named because of the sensitivity of the issue and the fact that U.S. and Chinese talks are still technically ongoing.

Low-level technical talks between the two countries continue, but it has been months since higher-level officials addressed significant implementation of China’s biotech approval reforms, sources say.

The lack of progress is especially hurtful after the unveiling last year of the Economic and Trade Agreement Between the Government of the United States of America and the Government of the People’s Republic of China, known more commonly as the “phase one” deal. The deal promised that “China shall implement a transparent, predictable, efficient, science- and risk-based regulatory process for safety evaluation and authorization of products of agricultural biotechnology.”

Rosalind Leeck, a director for the U.S. Soybean Export Council who specializes in foreign market access, said the provisions in the “phase one” deal on China’s biotechnology approval inspired hope, but questions remained over whether the aspirations were actually achievable.

The U.S. had been unsuccessfully negotiating with China for years to persuade the country to overhaul its biotech approval process.

“We had long been wanting to have those core tenets of a science-based, transparent and timely regulatory system,” Leeck told Agri-Pulse. “There hasn’t been as much progress as we would have liked to have seen.”

U.S. sources say China has made some headway in its promises under “phase one,” and that includes the country lengthening the time that an approval stands before it has to be renewed by the country’s National Biosafety Committee. Approvals used to be good for just three years before they needed to go through the renewal process, but that has been extended to five years. 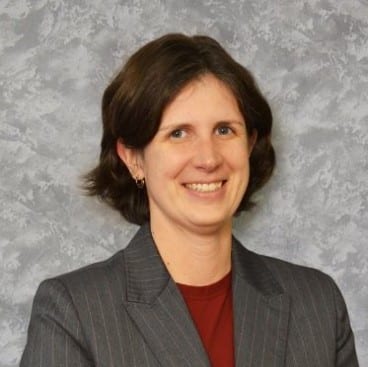 That development offers some cause for optimism, says Leeck.

“That’s important, but there’s a lot more to be done,” she said. “We aren’t satisfied with the outcome so far.”

And that’s because U.S. companies usually will not commercialize new ag traits without first getting Chinese approval. Once a trait is introduced in U.S. fields, it can end up inadvertently in supplies shipped to China, risking the potential for massive rejections of U.S. shipments and legal trouble akin to the issues surrounding the Syngenta Viptera corn seed trait.

Trying to segregate crops unapproved by China or the European Union is seen as very risky and harmful to the efficiency of American farming and transportation systems, Leeck said.

But it appeared that China was really willing to make significant changes to speed up its approval process after “phase one” was implemented in February 2020. One of the biggest provisions stated China would not “request information unnecessary for assessing the safety of a product for its intended use.”

In other words, China promised not to treat approval applications for imported feed commodities like corn and soybeans the same as it treats applications to plant commodities with new traits.

That has not happened, and it’s unclear if it ever will, say some U.S. industry officials with knowledge of the status of talks between the U.S. and China. The officials asked not to be named.

“Often cultivation and importation get conflated,” said Leeck. “The soy is being imported for processing not cultivation, so the regulatory requirements should be appropriate for the intended use."

One U.S. industry official, talking about the environmental trial requirements in China, said: “Why would we do that if we’re never going to plant seed? What we’ve been trying to do through these negotiations (with China) is remove the requirements. … The key issue is finding ways to move from this multi-year black hole that these approvals go into.”

Getting China to do away with approval requirements that the U.S. does not believe apply to imported ag commodities will be key to getting the Chinese process to take no longer than two years — a goal commonly equated with the “phase one” deal.

But China is still not willing to commit to concrete actions, say U.S. and government officials.

“China has not articulated how they intend to meet the commitment of approvals within two years, and that is the key issue,” one industry source said.

But the “phase one” deal left a loophole for the Chinese, says a U.S. government official. The text of the pact does not actually say that China will not take more than two years to approve new traits, but that the country will reduce the “average amount of time” for an approval to “no more than 24 months.”

That word “average” is key because the Chinese believe it means some approvals could take much longer than two years. Furthermore, Chinese negotiators have expressed concerns about imported biotech commodities somehow inadvertently making their way into domestic farm production before they are processed.

But the U.S. farm and biotech sectors are still hoping for success.

“For the future of food security and sustainability around the world, we need to have these regulatory systems that are functioning in a more predictable, transparent and timely way,” said Leeck. “We try to remain optimistic. There’s still progress to be made. We’ll continue to support our industry partners anyway we can because it’s important … to bring these products to market.”