Farm Hands on the Potomac: Bonnie tapped to lead FPAC at USDA

President Joe Biden plans to nominate Robert Bonnie to be the next USDA undersecretary for farm production and conservation. Bonnie has been serving as Agriculture Secretary Tom Vilsack's chief climate adviser. Bonnie was the co-chair of the Biden administration's transition team for USDA and has previously spent time as the vice president for land conservation at the Environmental Defense Fund. To read more on Bonnie, click here. 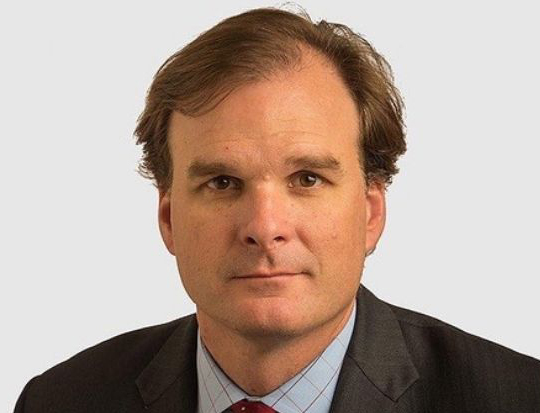 Biden also announced his intent to nominate Sarah Bianchi and Jayme White, both as deputy United States Trade Representatives. Bianchi's past work experience includes spending nearly a decade in government roles in economic and domestic policy, including in the Office of the Vice President, the White House Domestic Policy Council, the Office of Management and Budget, and the Senate Health, Education, Labor and Pensions Committee. In 2011, Bianchi was appointed by then-Vice President Biden as his head of economic and domestic policy in the White House, where she ran the economic and domestic policy team in the Office of the Vice President. White worked on Capitol Hill since 2009, including as the chief trade adviser for the Senate Committee on Finance since 2014. He first came to D.C. to work for his hometown member, former Rep. Jim McDermott, D-Wash., who served on House Ways and Means. Since then, he has played a role in nearly every major trade issue and trade legislation, over the last 20 years.

There are six positions at the Office of the USTR that must be confirmed by the Senate. That includes the USTR at the top and then the Chief Agricultural Negotiator, the Chief Innovation and Intellectual Property Negotiator and three deputy USTRs. One of those three deputies is also the Chief of Mission in Geneva at the World Trade Organization.

U.S. Trade Representative Katherine Tai has appointed Elizabeth Baltzan to serve as one of her senior advisers. Baltzan previously served as an attorney at USTR from 2003 to 2009. In 2009, Baltzan joined the Office of International Affairs at the Public Company Accounting Oversight Board and in 2012, she was detailed to the Senate Permanent Subcommittee on Investigations, where she investigated banking practices. Baltzan then served as Democratic Trade Counsel for the House Ways and Means Committee from 2012 to 2016. She later returned to USTR to work on litigation matters and in 2017 she formed her own trade consultancy practice. She was also a fellow at the Open Markets Institute. 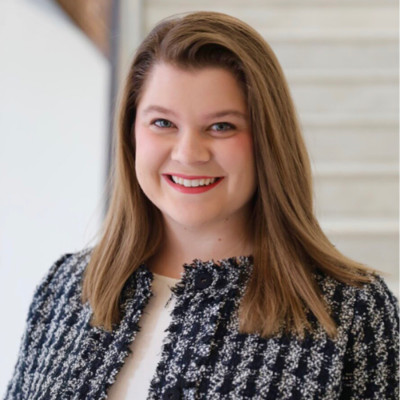 Mikayla Bodey has joined the Senate Ag Committee as professional staff to the majority. Bodey will handle the rural development and energy portfolio. She previously worked for Rep. Angie Craig, D-Minn., as her senior legislative assistant covering the portfolio for the House Ag Committee and the House Committee on Energy and Commerce. She also oversaw the congresswoman’s work as co-chair of the Congressional Biofuels Caucus. Before working for Craig, Bodey worked for former Sen. Claire McCaskill, D-Mo., as a legislative correspondent with a focus on agriculture and environment issues.

Brenda Mallory has been approved by the Senate to lead the Council on Environmental Quality and become the first African American woman to serve as the CEQ chair. She brings nearly 40 years of experience in environmental law and policy, first beginning her environmental law career in private practice, where she gained early experience in the application of the National Environmental Policy Act. In 2000, she joined the Environmental Protection Agency in its Office of Wetlands Oceans and Watersheds. At EPA, she also served as the senior career official and chief operating officer of the Office of General Counsel. During the Obama administration, Mallory served as the general counsel for CEQ.

Nutrien has tapped Mayo Schmidt as the new president and chief executive officer of the company and Russ Girling as the new chair of the board of directors after Chuck Magro announced he is stepping down. For more details, click here to read the story.

Hans Kabat has been tapped to be the group leader and president of Cargill’s North American protein business, effective May 1. He succeeds Jon Nash, who was named president of the company’s global protein and salt enterprise in March. In 2001, Kabat joined Cargill and has worked in leadership roles in the United States, China, Thailand and Canada. Kabat currently leads Cargill’s protein business in Asia and Europe. 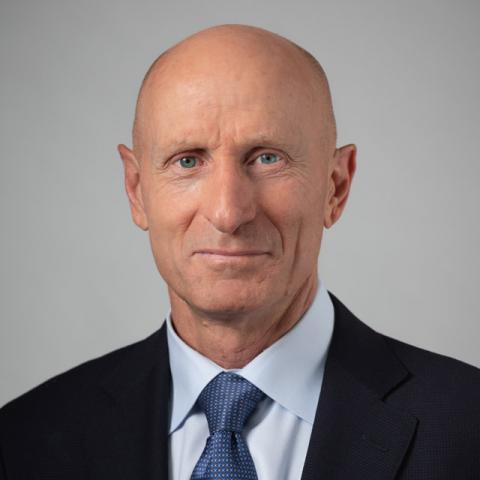 FMC Corporation has added two new staff members to its North America government and industry affairs team. Elizabeth Boylan joins as the new director of government and industry affairs. Most recently, she ran the D.C. office for Solvay's North America government affairs team. Darryl Blakey joined FMC as the new associate director for state government affairs in the U.S. Blakey recently served as the policy adviser to the chairman and associate director of the Office of Legislative & Intergovernmental Affairs at the Commodity Futures Trading Commission.

Kelsey Barnes joins Syngenta as manager of federal government relations. Previously, the Tennessee native served as Chief of Staff for USDA’s Rural Business-Cooperative Service, handled special initiatives for the Office of Partnerships and Public engagement and worked as a legislative analyst in the Office of Congressional Relations.

Mariah Wollweber is the new director of communications and partnerships at the National Association of Wheat Growers. Wollweber is a fifth-generation wheat farmer from Washington state. The past five years she has worked in the communication industry and comes to NAWG from the Denver Regional Council of Governments, where she was a public relations specialist.

Miguel Navarro has been hired by K·Coe Isom, a food and agriculture consulting and accounting firm, as its new global assurance leader. He brings more than 25 years of experience in strategic assurance and risk management initiatives after working in roles with Walmart and Koch Industries. Navarro is a certified internal auditor, certified health care safety professional, and has a leadership circle profile certification.

JBS has hired Kevin Arquit to the newly-created role of chief legal officer. He will be responsible for leading all legal, ethics and compliance efforts for the company in the United States, Canada, Mexico, Australia, Europe and the UK. Kim Pryor will remain the general counsel for JBS in the United States. Arquit most recently served as a partner at Kasowitz Benson Torres. Prior to that, he was a partner and co-head of the global antitrust/competition practice at Weil, Gotshal & Manges LLP.

The National Rural Electric Cooperative Association (NRECA) has named Ashley Slater to lead its regulatory advocacy programs, effective May 24. Slater most recently served as vice president of government affairs and policy for PNGC Power, a Portland, Oregon-based generation and transmission cooperative. Before that, Slater was senior principal of legislative affairs for NRECA. 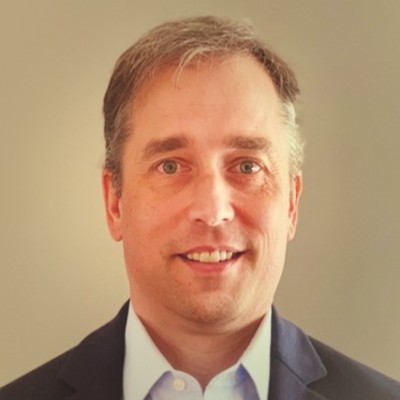 Sarah Sieman and Isidora Jimenez LaCasse have joined the Ecosystem Services Market Consortium. Sieman is the new chief financial officer. She most recently spent four years at Sempra Energy. Jimenez LaCasse is the new financial manager. She has previously worked for many Fortune 500 companies, where she used her French and Spanish language skills managing the company’s international banking relationships.

Mike Hostetler has been hired to the newly-created position of director of consumer insights at the American Egg Board. He brings more than 15 years of experience, and most recently worked for Perdue Foods, where he was the director of insights and analytics.

Pluton Biosciences has promoted Brian Throm to head of business development and has hired Ben Wolf as the lead scientist on the company’s carbon sequestration venture with Bayer AG. Throm joined Pluton in 2019 and most recently was head of business development. Wolf got his Ph.D. in plant and microbial biosciences from Washington University where he studied how novel microbes utilize far-red light to power oxygenic photosynthesis.

Former President Jimmy Carter’s vice president, Walter Mondale, died at the age of 93. Before serving in D.C., Mondale was tapped at the age of 32 to serve as Minnesota’s attorney general in the early 1960s. In 1964, he was appointed to the Senate after Hubert H. Humphrey was elected vice president and vacated one of Minnesota’s seats in the chamber. During his 12 years as a senator, he served on the Finance Committee; the Labor and Public Welfare Committee, the Budget Committee, and the Banking, Housing and Urban Affairs Committee.

Former U.S. Forest Service economist, Harold “Ed” Dickerhoof, passed away March 30 from congestive heart failure and kidney failure. He was 84. Dickerhoof analyzed forest product markets, trade and technologies and also served as a science and technology policy adviser to the White House Office of Science and Technology Policy and to the U.S. Trade Representative during the negotiations of the North American Free Trade Agreement. He began his career in 1965 at a forest sciences lab in Athens, Ga., later moving to D.C. to work at the headquarters. He was there for 27 years until his retirement in 2009. Dickerhoof also served as president of the Organization of Professional Employees of the Department of Agriculture.