A new report suggests Illinois producers could be faced with mitigation efforts to lessen the impact of climate change, but the authors suggest the findings are also applicable across the Midwest. However, new technologies and practices can help farmers find solutions.

Row crop farmers in Illinois will have to find ways to adapt to climate change, such as by planting earlier, or in the case of some fruit crops, switching to different varieties, a new climate assessment from The Nature Conservancy in Illinois has found.

“Increased atmospheric CO2 is likely to benefit soybean yields in the near-term, but as heat and water stress intensify later this century, soybean yields are expected to decline,” the report said. Increased CO2, however, is not expected to impact corn yields, even in the near term, by midcentury, heat and water stress are likely to reduce corn yields, “although the severity of loss depends on available technology and new management practices.”

Temperatures will rise and spring planting seasons will become wetter, the report said, adding that the effects of climate change are already being seen throughout the state.

For example, statewide annual precipitation has increased by 4.7 inches since 1895. “Precipitation increases have been observed in all four seasons, with much of the observed increases coming from heavy rainfall events that cause flooding and soil erosion,” the report said. “The number of 2-inch rain events has increased by 40% since 1895. Meanwhile, temperatures have risen by 1-2°F across Illinois in the last 120 years. Overall, nighttime temperatures have warmed faster than daytime temperatures, with the strongest warming occurring during winter.”

“As overall temperatures rise, the risk of extreme heat is expected to rise substantially,” the report says. “Although days at or above 100°F are now very rare in Illinois, they will be increasingly more common by mid- to late-century, especially in central and southern Illinois.”

Fruit growers will experience impacts because of increased heat. "Increasingly warmer temperatures during the winter will continue to shift Plant Hardiness Zones, expanding the suitable range for certain crops further north," the report said. "This includes crops like peach, pluot [a cross between plum and apricot], and nectarine, which are currently confined to commercial production in the southern portion of the state. It may also become possible to grow fruit that does not grow well in the current climate of Illinois, such as certain brambles-type crops like boysenberry and loganberry or less common crops like jujube."

Jim Angel, former Illinois state climatologist and a lead author of the report, says the results are applicable throughout the Midwest and track closely with a National Climate Assessment released in 2018 that synthesized research from 13 federal agencies.

That report noted that the Midwest had, by and large, avoided the worldwide trend toward higher temperatures, but predicted temperature increases in the Midwest higher than other regions of the country. According to one scenario, “the frost-free season is projected to increase 10 days by early this century (2016—2045), 20 days by midcentury (2036—2065), and possibly a month by late century (2070—2099) compared to the period 1976—2005.”

Management adaptation can help mitigate the effects of the changing climate, Angel and Ben Gramig, the lead author of the report’s agriculture chapter, said. Changes could include incorporation of cover crops into farmers’ rotations and no-till or reduced-tillage, which help maintain soil health and contribute to more stable soils that can allow equipment to operate in wetter conditions. 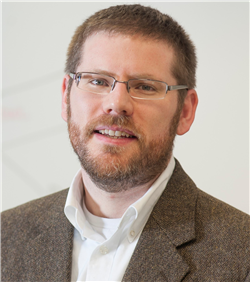 “Both of those practices, especially when used together, can hold more moisture, especially in that soil profile, to potentially carry you through some drought-like conditions,” said Gramig, an associate professor of agricultural and consumer economics at the University of Illinois Urbana-Champaign.

But he added that while the researchers mention the potential benefits of those changes in the report, they didn’t look at them individually and attempt to quantify their impact on yields.

By slowing the movement of water, which is expected to increase with more heavy rains, those practices can limit erosion, so in addition to climate benefits such as sequestering carbon, “they have strong nutrient loss reduction benefits as well,” Gramig said.

Advances in seed technology and changes in crop management, such as planting earlier and optimizing inputs, can address yield decreases caused by extreme heat and drought, the report said, calling for increased research and development.

“There's been a long trend of pretty flat public investment in these kinds of research and development expenditures,” Gramig said. R&D is especially important in the U.S. because of the high percentage of corn and soybeans produced in this country, Angel said.

Investment is needed in evaluating the impacts of increased irrigation on water availability, the report says, noting the difficulty of predicting the future of agriculture while the climate is changing.

“The behavior of agricultural systems under a changing climate remains unpredictable, and research is needed to improve our understanding of climate-change-driven changes on crops and crop management systems, including potential changes in irrigation demand,” it says.

Lauren Lurkins, Illinois Farm Bureau’s Director of Environmental Policy, said the report’s conclusions did not come as a surprise, but to see it all laid out in such detail is “just a little overwhelming.”.

“A lot of the take-aways in there are things that we are fairly familiar with — both the conclusions and recommendations on the changing climate and the impacts to ag,” she said, adding that IFB has been focusing on climate change and the importance of management adaptations for several years.

“We feel like those old-school soil conservation practices — grass waterways, terraces, water and sediment control basins — they're out in the countryside, and they're pervasive. So people have a very good awareness in the farming community about what they can do to hold soil where it needs to be.”

In 2019, IFB adopted a climate policy that stresses market-based approaches to improving water quality and carbon markets, Lurkins said. And the group has been helping to fund research.

“In 2020, alone, Illinois Farm Bureau supported about 22 research projects that could have brought in, and largely did bring in, about $30 million of funding into Illinois,” for a variety of research projects involving areas such as climate science, nutrient management and soil health, Lurkins said. And summer field days bring researchers to farms to talk about their work. 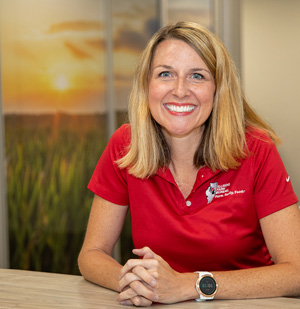 “We feel like we're kind of ahead of the game” in looking at the types of practices needed to be resilient in the face of climate change, she said.