The $3.5 trillion reconciliation package that Senate Democrats are putting together could have significant implications for agriculture when it comes to taxes and climate policy. One aspect to watch: A proposed border adjustment tax on carbon.

A tariff applied to imports based on their carbon footprint could increase the cost of fertilizer and also raise prices for steel, aluminum and equipment, says Veronica Nigh, an economist with the American Farm Bureau Federation.

There are trade implications as well. Democrats aren’t proposing a similar tax on domestic carbon, so foreign competitors could potentially challenge a U.S. border tax as an unfair trade barrier,  Nigh says.

Take note: Democrats also intend to make wealthy Americans pay substantially more in capital gains taxes. The question is how. President Biden proposed to end the use of stepped-up basis and tax capital gains at death, a proposal that has alarmed farm groups.

Senate Finance Committee Chairman Ron Wyden, D-Ore., wouldn’t say Thursday what he’s going to propose but he referred reporters to a Wall Street Journal article that discussed how wealthy people avoid paying capital gains taxes by leaving assets to their heirs. “The super wealthy are using a host of different policies to dodge paying taxes. We’re going to be looking at all of them,” he said.

He promised that “small farms … would not face tax hikes” but didn’t elaborate.

Keep in mind: Wyden unveiled a proposal two years ago to tax the appreciation of stocks and bonds on an annual basis and real estate and business assets at transfer or sale. The proposal included a $5 million exemption for family farms.

Senate Agriculture Chairwoman Debbie Stabenow hopes to have a confirmation hearing before the August recess for Robert Bonnie, President Biden’s nominee as USDA’s undersecretary for farm production and conservation programs.

Bonnie’s position is key to carrying out Biden’s climate policy at USDA. Bonnie has been a leading proponent of using the Commodity Credit Corp. to fund a carbon bank.

Stabenow, D-Mich., says Bonnie’s confirmation process has been slow only because of the extensive documentation he had to gather for the committee due to his history of writing and research. 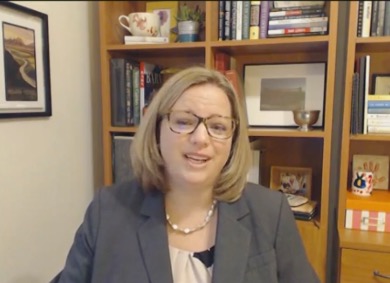 Biden’s nominee to oversee USDA’s Agricultural Marketing Service and the Animal and Plant Health Inspection Service pledged to work with Senate Ag Committee members on a host of issues Thursday, including transparency in livestock markets and regulation of animal products made using genetic engineering.

But Jenny Lester Moffitt, currently undersecretary at the California Department of Food and Agriculture, steered clear of committing to any specific positions — including on how USDA will approach new regulations under the Packers & Stockyards Act.

U.S. Trade Representative Katherine Tai will be in the home district of Wisconsin Democratic Rep. Ron Kind today for a visit to a dairy farm and a tour of the Organic Valley cooperative.

The senior House Ways and Means Committee member told Agri-Pulse he expects producers to encourage Tai to get the nation’s trade agenda “back on the rails.”

“Obviously with the last four years and the previous administration, the tit-for-tat trade wars and retaliation that would typically target our family farmers and manufacturers … I mean, our producers aren’t dumb. They know the impact that’s had,” he said.

The visit will include a farmer roundtable. Kind said he wouldn’t be surprised “if many of our producers are asking about the plan for us to get back into (the Trans-Pacific Partnership.)”

TPA is TBD: The Biden administration is currently operating without the Trade Promotion Authority that allows them to submit new trade deals to Congress for an up-or-down vote. Kind told Agri-Pulse that the labor and environment rules included in the U.S.-Mexico-Canada trade deal provide a “good template” for writing the next TPA bill.

Ocean freight rates for shipping bulk commodities, including grain, continued to rise in the second quarter, ballooning to an average of nearly $66 per metric ton from the U.S. Gulf to Japan — an increase of 26% from the first quarter and 82% above the second quarter of 2020. That’s according to USDA's latest Grain Transportation Report.

“The rise was fueled by sustained global optimism from the ongoing reopening of major economies and successful COVID-19 vaccine deployments,” the report says, also citing “expansionary monetary policies” from the U.S. and China as a factor.

The cost of shipping from the Pacific Northwest to Japan averaged $38.34 per metric ton, which was up 28% from the first quarter and more than double the average for the second quarter of 2020. 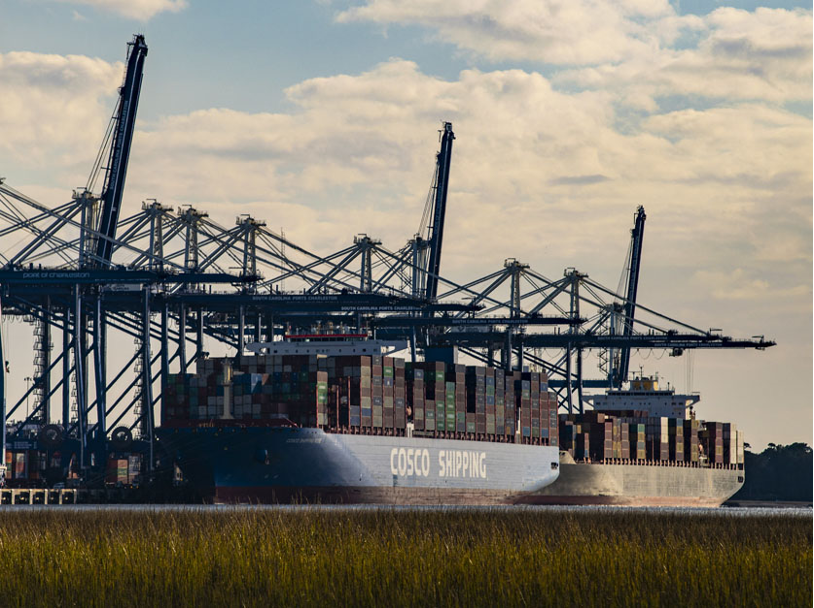 Sen. Chuck Grassley, R-Iowa, used a meeting with Britain’s top trade official this week to push for the inclusion of agriculture in a future trade deal. “I got the opinion that they very much like what the U.S.-Mexico-Canada agreement is, and if we could have something similar to that for the UK, it could be easily negotiated,” he told Agri-Pulse.

Grassley, who is a senior member of the Senate Finance Committee, which oversees trade policy, met with Liz Truss, the U.K.’s secretary of state for international trade.

U.S. lawmakers and ag groups want the British to allow imports of U.S. poultry and discard EU bans on U.S. beef and pork production from animals treated with growth hormones or ractopamine.

Grassley, who’s the ranking Republican on the Senate Judiciary Committee, says the panel will hold a hearing July 27 to examine the “growing wave of ransomware attacks” that are hitting the food supply chain and other sectors. Grassley told Agri-Pulse he wants to find out what Congress needs to do to address the issue.

He also said the committee needs to look at whether regulations on cryptocurrency are currently strong enough. Ransomware attacks usually involve demands that payments be made in cryptocurrency.

Pork processors have lost their bid to stay a lower court's decision that killed part of a USDA rule that let plants operate without line-speed limits.

The one-sentence ruling Thursday by a federal appeals court came in response to a request by four companies.

She said it. “I definitely look forward to diving in and understanding these issues.” - Jenny Lester Moffitt, President Biden’s nominee to be USDA’s undersecretary for marketing and regulatory programs.

At her confirmation hearing Thursday, she repeatedly pledged to dig into the concerns about issues that committee members raised. In this case she was responding to a question from Kansas GOP Sen. Roger Marshall about non-tariff barriers to exports.