Clarity sought on role of sustainability in dietary guidelines process

The thorny and politically charged issue of the sustainability of the food system is once again front and center in the debate over the government's dietary guidelines.

The Agriculture Department and Department of Health and Human Services, which share oversight and development responsibilities for the Dietary Guidelines for Americans, say they will address sustainability and environmental concerns, but in a process separate from development of the next set of guidelines, due in 2025.

“Sustainability and the complex relationship between nutrition and climate change is an important, cross-cutting, and high-priority topic that also requires specific expertise,” the agencies said when they proposed the list of questions to guide the DGAC’s work. “HHS and USDA will address this topic separate from the committee’s process to inform work across the departments.”

HHS and USDA are still considering comments on the proposed questions as well as nominations for experts to serve on the advisory committee that will make recommendations for the 2025-2030 guidelines.

Just the fact that sustainability will be considered at all has some in the ag and food industry concerned. In a recent address at the American Sugar Alliance's International Sweetener Symposium, The Sugar Association President and CEO Courtney Gaine said there's “a lot of momentum that the U.S. dietary guidelines aren't doing enough for the population’s health and for the planet. So, this dialogue is getting louder."

Sustainability and climate change are increasingly coming up in debates about what constitutes a healthy diet, with perhaps the most prominent example being the EAT/Lancet report in 2019 that recommended a 50% reduction in red meat and sugar consumption and a diet much heavier in plant-based foods.

The 2020-2025 guidelines rolled out during the Trump administration did not address sustainability, but the Dietary Guidelines Advisory Committee's scientific report, which informed the guidelines, encouraged HHS and USDA to take a close look at the connection between the environment and the food system.

“The committee’s review and discussion, as well as the public comments submitted during the committee’s review period, reinforce the need to consider the Dietary Guidelines for Americans in the context of the food environment and the overall food system,” the advisory committee said.

Earlier, the committee that advised the 2015-2020 guidelines looked into the sustainability issue and said "the environmental impact of food production is considerable and if natural resources such as land, water and energy are not conserved and managed optimally, they will be strained and potentially lost. Ultimately, however, the Obama administration pulled any discussion of the topic from the final DGA, following vocal opposition from the dairy and meat industries, in particular.

The Biden administration's decision to set up a separate track for sustainability rankled about 40 public interest groups, which said in comments on the agencies’ proposed questions for the DGAC that “incorporating the relationship between nutrition and climate change and the related environmental crises into the development of the next DGA is urgently needed.” 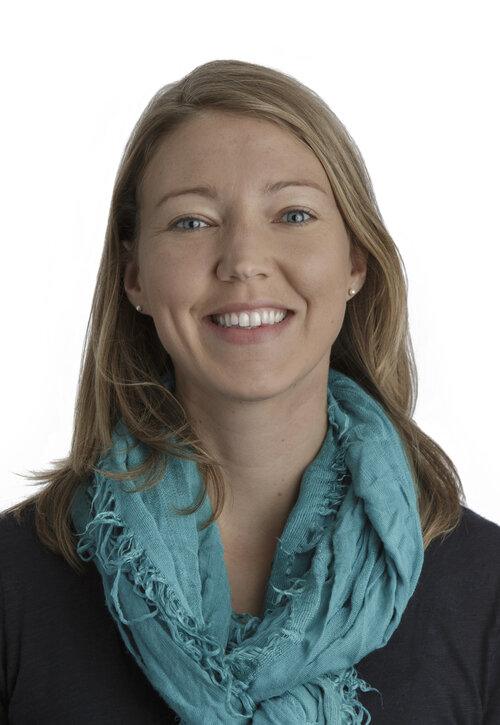 Marcia DeLonge, senior scientist in the food and environment program at the Union of Concerned Scientists, pointed to those comments, which noted that an executive order issued by President Joe Biden “specifically orders agencies to develop plans for climate change adaptation and resiliency.”

If the sustainability process remains separate from the DGAC’s work, “then it's absolutely essential that this process, which is running in parallel, be very rigorous, that it be run in a timely fashion, such that it can truly be informing the dietary guidelines,” DeLonge said in an interview. But HHS, which is in charge of the DGA process this time around (the agencies alternate every five years), hasn’t provided specific details on how it plans to address the issue.

“It seems like there may be a process that can help put us in a position where sustainability has been part of the conversation, but it's not integrated into the core process … and that is disappointing,” DeLonge said.

"Every year we go, the climate crisis gets more serious, we have more challenges with drought and pollution in our key water sources,” DeLonge said. “I mean, it's not getting any easier. And we know that agriculture and food systems are a part of it, and they can be part of the solution. But in order to do that, we really need to be thinking about these things holistically.”

"Research done by UCS in partnership with colleagues has shown that the diet the U.S. government currently recommends may actually result in similar or increased heat-trapping emissions, energy use, and water use compared with the current average U.S. diet," DeLonge added. "The same research has shown that there’s been an uptick in the amount of research in this area, which should be used to inform the Dietary Guidelines."

The Sugar Association's Gaine said it’s not clear how the separate process will inform the DGAC’s work, “but it sounds like this external committee will feed their report into the final 2025 dietary guidelines,” she said.

Gaine criticized the EAT/Lancet report that recommended people cut their red meat and sugar consumption by half, saying “there's not a lot of data behind a lot of the things that are mentioned.”

In response to questions, TSA said, “We feel that the environment is important and dietary guidance is important, but we’re not confident a methodology for using data to merge these two very different fields is ready for ‘prime time’ (i.e., evidence-based, federal recommendations).”

“We're not at the point where you can get the nutrient and environmental score of a food,” Gaine said.

Other production groups mostly agreed. “The complex relationship between nutrition and climate change requires specific expertise outside the scope of the DGAC,” the North American Meat Institute said in comments on the proposed scientific questions to be considered by the DGAC, encouraging the departments “to conduct a rigorous, transparent evaluation of the intersection of nutrition and climate change with opportunities for stakeholder input.”

The International Dairy Foods Association said in its comments that if HHS and USDA address sustainability on a separate track, “the process must be transparent. Given that this was not addressed in the proposed questions, it is incumbent on the agencies to ensure an opportunity for public comment when that process is identified.”

IFIC’s 2021 Food and Health Survey found 42% of Americans “agreed that their individual choices about food/beverage purchases can impact the environment, and 1 in 6 (18%) believed the impact could be significant.”

Gaine noted in her talk that of five “purchase drivers” in the IFIC survey, sustainability ranked last, below taste, price, healthfulness and convenience. But she noted that for 18- to 34-year-olds, the survey showed increased interest in the environmental impact of the foods they purchase.

In that age group, 79% said they had thought about whether food and beverages are produced sustainably, versus 66% who expressed that view in 2012.

“They seem to care a lot more where the 65-plus care less,” Gaine said.