A court ruling last week over senior water rights came as welcome news to agricultural interests that have long battled the State Water Resources Control Board over drought curtailments. Yet while the decision sets a limit on the board’s authority, the agency retains several regulatory tools for curtailing the diversions, and lawmakers could add more.

California’s Sixth Appellate District Court of Appeal ruled the board lacks jurisdiction under the state water code “to curtail an entire class of pre-1914 appropriative water rights.” Farmers obtained them before California began regulating water rights in 1913 and have fought hard to preserve them ever since.

“As food prices continue to skyrocket, this is a wake-up call for those in charge of California’s water system to reject their current policy of scarcity,” said Johansson in a statement.

A coalition of nine irrigation districts in the Sacramento–San Joaquin Delta filed a lawsuit against the water board in 2015, at the peak of California’s last extreme drought. The local agencies took issue with enforcement letters the water board had sent to senior right holders ordering them to immediately cease diversions and citing an insufficient water supply to serve their rights. The board sought to levy a $5 million fine on one of the diverters, the Byron-Bethany Irrigation District (BBID), but later dismissed the enforcement action after BBID attorneys argued the board’s evidence for wrongdoing failed to meet the necessary burden of proof standards.

Upholding a lower court’s decision, the appellate court chastised the board for curtailing the rights “solely on the basis that the board believes that there will be insufficient water.” The judge also maintained that the notices violated due process rights, since they commanded immediate curtailments while threatening large fines without providing an opportunity for BBID to challenge the findings before enforcement actions began. 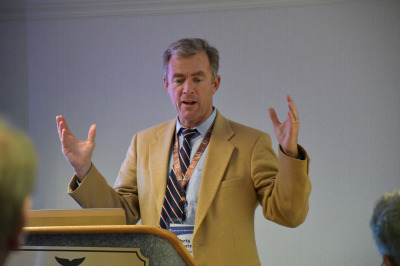 “This ruling helps safeguard senior water rights in California,” said acting BBID General Manager Kelley Geyer in a statement. “It confirms that the authority of the State Water Resources Control Board is limited to that which the Legislature granted it, nothing more.”

Geyer described senior water rights as “the backbone of reliable agricultural water deliveries” and said the decision shows how the district’s primary responsibility is protecting the multi-generational family growers and ranchers it serves.

The water board, however, described the court’s decision as taking a narrow view of the board’s authorities by shielding the most senior right holders from certain enforcement actions. In a statement, the agency noted the ruling will not impact curtailments for the current drought, which rely on emergency regulations in response to Gov. Gavin Newsom’s 2021 drought declarations that covered most counties in the state. The decision allows the board to take actions against illegal diversions, and it retains authority over water released from the State Water Project and the Central Valley Project to protect vulnerable species, since the water systems were built after 1914.

“During the current water crisis, the board has primarily relied on its emergency regulation authority—enhanced by the Legislature in 2014—and will continue to do so amid increasing threats to the state’s water supply,” writes the agency.

But Chris Scheuring, senior counsel for the California Farm Bureau, told Agri-Pulse the board is “narrowly reading the court's decision as narrow,” since it has always been the case that the board does not have direct authority over those rights.

Scheuring recognized the decision as a win for farmers in restoring some certainty and respect for the existing water rights system, but said it is an important milestone for marking the end of the line on the erosion of senior water rights in California.

“The state water board is not the water czar,” he said. “It is a regulatory body constructed by a careful system of statutes that constrain its authority and tell it how it must operate.”

He described judicial review as the third branch of government, offering checks and balances on regulatory agencies like the water board. The board cannot regulate pre-1914 rights and enforce priorities—“that’s for the court system.”

Scheuring noted that the board still has authorities that “work around the edges” of senior water rights. The reasonable use doctrine, for one, was a cornerstone of the emergency drought regulations the board enacted last year and extended in 2022. He decried the doctrine as “pretty darn amorphous” and said it does not bring any long-term certainty to right holders.

Concerns over due process and reasonable use were also at the center of the board’s first drought regulation last year, which focused on the Russian River watershed. During those hearings, Valerie Kincaid, a water law attorney representing contractors under the San Joaquin Tributaries Authority—also a claimant in the 2015 lawsuit—pushed for the board to maintain the current system of water rights and curtailments, rather than rely on the reasonable use doctrine to expand its authority to senior water rights.

Kincaid called language in the regulation on wasteful use offensive and unnecessary. She said it was ill advised to issue a curtailment regulation when little natural flow was feeding into the system, leaving nothing for farmers and other right holders to divert. And those diversions, she explained, were already considered unlawful, which takes precedent over any determination of unreasonable use.

The board then applied the reasonable use doctrine to emergency curtailment regulations for the Shasta and Delta regions.

Though the curtailments orders have continued, Scheuring found hope in the overall signal coming from the court decision. It indicated to him that the state cannot continue to broaden its regulatory tool set in response to drought. The water rights, obtained when California had just four million people, are private property rights that helped to “settle the state” by affirming state and federal policies.

“The state can't regulate its way out of the growing supply and demand crisis,” he said, adding that eroding past principles on water rights and water use will not solve the drought problems. “We need to focus on things like new infrastructure and new supplies. In other words, build forward.”

For Jennifer Pierre, general manager of the State Water Contractors, the decision shows the value that senior water right holders bring to the voluntary agreements, which seek a collaborative approach to dedicating Bay-Delta flows for environmental benefits alongside investments in habitat restoration projects.

Newsom and his administration have touted the voluntary agreements as “breaking the binaries” in California’s water wars and delivering solutions much more quickly than the years-long court battles are able to do.

The administration brokered a deal for the agreements in March and later added a $1.5 billion budget item for buying out senior water rights through land acquisitions, under the purview of an advisory committee called the California Water Trust. The voluntary water reconciliation program would “rebalance the state’s water supply and water rights system, rather than relying on the current regulatory processes that have failed to provide adequate flows for decades and do not adequately anticipate changing conditions,” according to a Senate subcommittee analysis of the plan.

Yet the court decision last week came as a disappointment to a progressive policy group that hopes to reform the water rights system. In February the group, which includes a former board member and law professors, issued a set of recommendations for updating the water code to address drought and climate change.

One proposal would grant the board more authority to investigate the claims of senior water rights. They argue those diverters may be inflating the amount of water in their rights and verifying those claims would free up more water for junior right holders and fisheries along with other environmental benefits.

“This is not a ‘blow up the water rights boxes’ approach,” they wrote in the report. “It is a focused approach to updating existing laws, regulations and funding.”