Supreme Court to weigh national, state interests as it decides on future of Prop 12

Supreme Court justices wrestled during oral arguments Tuesday with how to balance California's concerns over animal welfare with the potential costs to out-of-state pork producers due to Proposition 12's standards for sow housing. Ultimately, their constitutional interpretation will impact consumers and the price they pay for food.

“We live in a divided country, and the Balkanization that the framers were concerned about is surely present today,” Justice Elena Kagan said during the arguments Tuesday. “Do we want to live in a world where we're constantly at each others' throats — Texas is at war with California and California at war with Texas?”

Proposition 12 sets production standards for pork eggs and veal sold within California borders but applies to animals raised elsewhere. As a ballot measure, it was approved in 2018 with 62% of the vote. Supporters spent over $13.2 million to convince voters to endorse Proposition 12, compared to slightly over $441,000 from those who opposed, according to Ballotpedia.

The justices are deciding whether the law passes muster under what’s known as the dormant Commerce Clause. Issues raised at oral arguments included whether California has a right to impose its views of what constitutes “moral” behavior on the rest of the country and whether the law is justified on health and safety grounds.

Both sides issued dire warnings about the impacts of a decision unfavorable to their side. Tim Bishop, a Mayer Brown attorney representing the National Pork Producers Council and American Farm Bureau Federation, said California should not be allowed to impose its philosophical views on other states. Nor should it be, he added, “trampling on the sovereign prerogative of other states.” 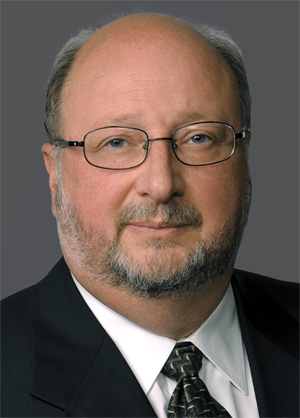 Outside the court after the arguments, NPPC counsel Michael Formica said, “We’ve got the Constitution on our side, we have the facts on our side, we've got the desire of Americans to eat on our side. And we've got a country that's struggling with outrageous food price inflation.”

“The idea that California is going to turn around and literally take food out of the mouths of children is shocking,” he added.

Also outside the court, Jon Lovvorn, senior vice president and chief counsel for the Humane Society of the United States, said a central issue is whether “states are going to be serious actors in our federal system and have the primary responsibility for protecting people from unsafe products, from animal cruelty, from abusive labor standards.” (Lovvorn did not argue for HSUS; that role was filed by Jeffrey Lamken of MoloLamken.)

NPPC and AFBF have argued since the law was passed that it will force the highly integrated pork industry to spend billions of dollars to reconfigure itself for California’s market. Prop 12 outlaws the sale of pork which is the offspring of sows raised without enough space to move around. In other words, no gestation crates.

On the other side, the state and HSUS argued California was well within its constitutional rights to pass a law that treats its own producers (a tiny fraction of all pork producers nationwide) the same as it treats those outside the state.

California Deputy Solicitor General Michael Mongan told the court the state does not want its stores and markets “to be complicit in selling a product that a substantial majority of the voters view as immoral, and many consumers and retailers as well, as evidenced by the shift to crate-free pork.”

Mongan noted that Prop 12 does not require out-of-state producers to conform to California’s standards: They can choose to sell into the state or not, and the law actually opens the door for smaller producers to participate in the California market.

“No one’s forcing them to sell to California,” said Justice Sonia Sotomayor, who also cited studies concluding that close confinement of animals can lead to antibiotic resistance and other health challenges. NPPC and AFBF say the opposite — that the way pork is raised now is the safest method.

Bishop, however, said it is a Commerce Clause violation for a state to “condition sales in the state on a business in another state adopting particular methods of production.”

An outright ban on the product at issue — lumber produced in a certain way, for example — is fine, Bishop said.

Kneedler and Bishop supported the court’s use of a balancing test contained in a 1970 SCOTUS decision — (Pike v. Bruce Church Inc.) — involving the shipment of cantaloupes from Arizona to California. The court said local interests need to be weighed against out-of-state economic harms.

Justice Neil Gorsuch expressed concern about courts having to balance claims in every case that raises a question about interstate commerce.

Bishop said Pike balancing has not been a difficult job for the courts — a statement with which Gorsuch disagreed.

Kneedler said under the Pike balancing test, “a state's interest in protecting the health and safety of its residents can support a state law if that local interest is substantial and not outweighed by the effects on commerce.”

Kagan raised the issue of exactly what goes into the balancing test. “Both sides want to exclude things from the Pike analysis. Mr. Bishop wants to exclude all moral interests, as does Mr. Kneedler.

“And you,” she said, addressing HSUS attorney Lamken, “want to exclude a world of economic harms because you think that that's not really what the Commerce Clause is all about.”