Home » Looking for regulatory reform? Here’s why it may take a bit longer
Politics Rural

Looking for regulatory reform? Here’s why it may take a bit longer

WASHINGTON, May 31, 2017 - USDA is moving decisively but cautiously to fulfill President Trump’s challenging directive to eliminate two regulations for every new one it issues. The methodical approach also seeks to take advantage of the expertise and cooperation of the career employees who in many cases may have had a hand in developing and promulgating the regulations now on the books.

The first regulatory decisions offer clues about how Agriculture Secretary Sonny Perdue intends to carry out Trump’s admonition to lighten the impact of government regulations on the economy. Examples are his relaxation of whole grain and sodium requirements on school feeding programs, postponement of a final rule on organic livestock and poultry, and delay of the interim final rule governing contracts between processors and livestock and poultry growers (known as the GIPSA rule).

Those actions are likely to be the most significant in USDA’s contribution to the Trump administration’s first comprehensive, government-wide look at regulation, due soon with release of the spring Unified Agenda of Regulatory and Deregulatory Actions. No date for its publication has been announced, but the Office of Management and Budget published last year’s on May 18. 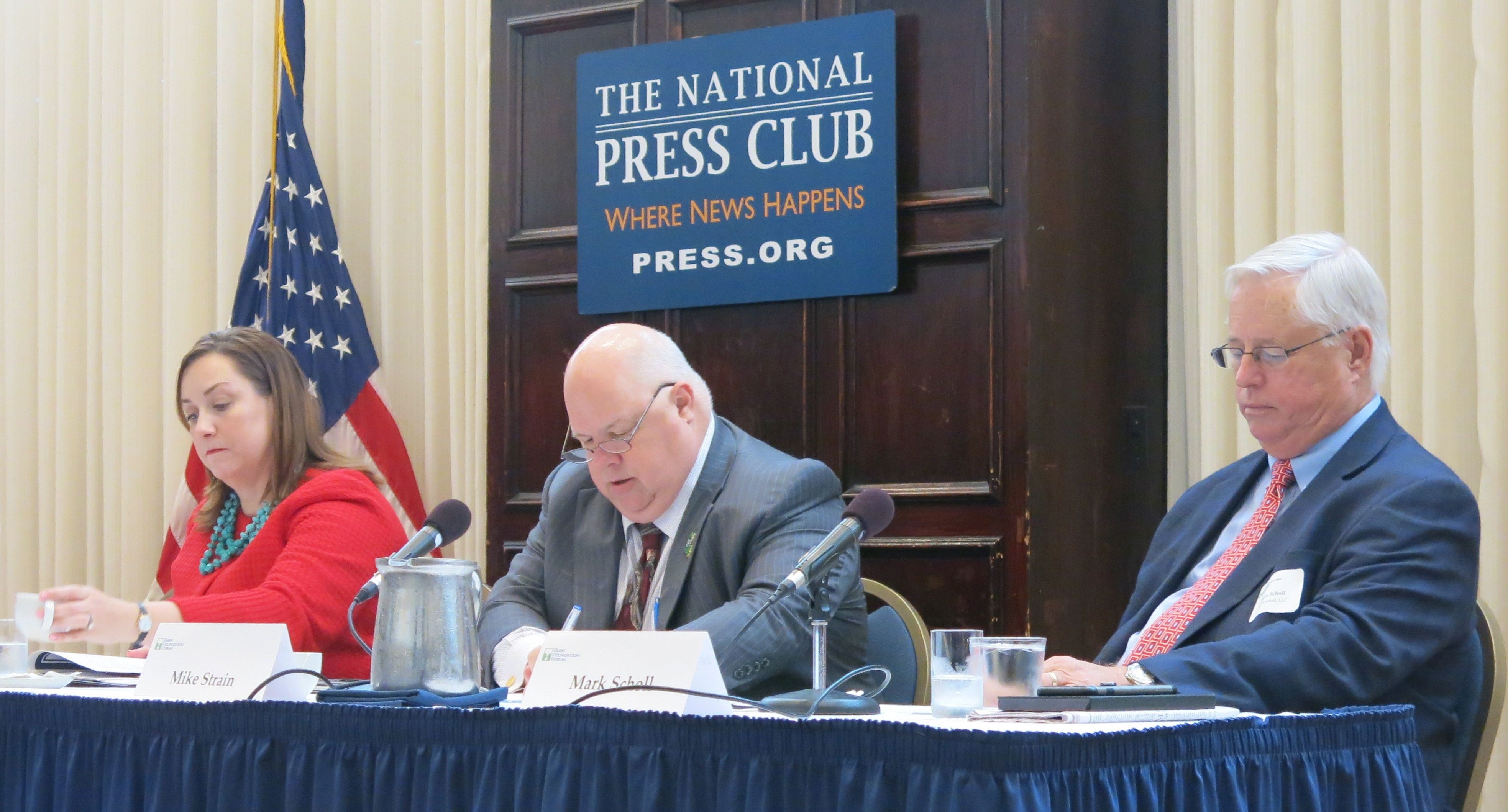 “There are not too many new things that we inserted in the spring agenda” because of the delay in the secretary’s nomination and confirmation, according to Rebeckah Adcock, senior adviser to the secretary and USDA’s regulatory reform officer. “We kept it small and tight and really timely.” However, she said last week at a forum on agricultural regulation, “You can expect that what you will see from us in the fall will be a much longer list. Some will be regulatory, some will be deregulatory. The possibilities are not endless,” but extensive nonetheless.

The fall edition of the Unified Agenda – which was published last year in mid-November – includes an agency-by-agency regulatory plan that identifies priorities and additional detail about the most significant regulatory actions that agencies expect to take in the coming year.

Adcock, an attorney who brings to the job extensive experience with Washington’s regulatory process from senior positions at CropLife America and the American Farm Bureau Federation, described an internal regulatory task force made up of representatives of USDA agencies. “Each mission area has been tasked with identifying what’s appropriate for deregulation. If we issue new regulations that have a cost, we, have to find some regulations to get off the books.”

She said she has not encountered resistance from career employees to the idea of reducing regulations. Instead, she’s seen “very productive and very frank” reactions to what she called “a new path of opportunity for USDA, (figuring out) how to do it better, faster and more effectively.” She has found USDA employees realize there are better ways to do what they are doing, “even in non-ideal budget times.”

Task force members will be asked to quantify the impact of old regulations as well as proposals for new rules. “Performance measurement will be primary,” Adcock said. Among the questions to be asked: “How does it affect jobs? Does it make sense? Is it outdated? Is it necessary any more? Is it ineffective? Lastly, and pretty important, is there a better way? Is this something inconsistent with another agency? Can states or localities do it better? Is this a role for the federal government? Those are questions that, quite frankly, we don’t ask all that often, very publicly, very loudly, in Washington” – something that frustrates people outside the Beltway, she said.

“Everything we do will be measured, with both qualitative and quantitative measurements, when we fill out our regulatory plan for the fall. This will very much affect next year’s budget, which,” she insisted, “will originate with USDA rather than with OMB.”

Asked about criticism that the administration’s regulatory relaxation would weaken food safety, Adcock pointed out that the department must comply with statutory requirements for food inspection. “I have never heard anyone suggest we'll back off on food safety,” she said. “There is absolutely zero chance that food safety or other protection will be compromised.”

While Adcock said she has not encountered bureaucratic resistance so far, Mike Strain, commissioner of the Louisiana Department of Agriculture and Forestry, told the Farm Foundation-sponsored forum last week that he did face a “culture clash” when he embarked on a similar process of weeding out old regulations at the state level. “We found things on the books from the 1880s. We found a lot that was outdated.”

Strain, who is president of the National Association of State Departments of Agriculture, welcomed the Trump Administration regulatory policy because federal actions often affect what state agencies do. “State agriculture departments also are major regulatory agencies,” he said. “We are co-regulators. Many of our laws and regulations reflect federal laws and regulations.”

The regulatory review should entail a “renewed focus on sound science,” he said. “We must embrace all aspects of sound science. I’m real excited about this. There are great opportunities and great challenges.”

Strain also applauded USDA for postponing implementation of a regulation that would have required organic poultry producers to allow birds greater access to outdoors where, he said, they would be vulnerable to disease. “We are only two years since the largest outbreak of avian influenza in history, and here we are doing exactly what we said we shouldn’t do.”

Recently added regulatory constraints have increased the cost of new agricultural inputs such as agricultural chemicals and new crop varieties, Illinois farmer Mark Scholl, chairman of the Farm Foundation board, told the forum. Not only do longer lead times for new products add to their cost, but also hamper innovation, he said. “What bothers me the most is the lack of innovation.” Nevertheless, Scholl sees the future of crop agriculture as cause for optimism. With precision agriculture techniques and a U.S. infrastructure “unlike anything else,” agriculture has “the ability to make products we couldn’t do in the past,” he said. “Human capital is much better. People are much smarter. There are lots of talented young people in agriculture today.”