The disruption triggered by the COVID-19 pandemic has scrambled U.S. agriculture nationwide, but nowhere is the challenge more stark than in the egg industry.

Mark Sauder, who runs a major East Coast egg producer, can’t fill supermarket orders fast enough even though many grocers put strict limits on how many cartons shoppers could buy, and he’s facing a shortage of not just eggs but the cartons to pack them in.

Other egg producers who are more dependent on the food service market are awash in the processed, liquid product that they used to sell to restaurants, hotels, schools and other food service outlets. About one third of U.S. egg production normally goes into liquid product rather than being sold as shell eggs.

“We’re running at capacity, absolutely. Last week, we filled about 71% of our open retail orders, simply because demand is so high that we can’t get enough through the system to fill the channel,” said Sauder, president and CEO of Sauder's Eggs in Lancaster, Pa. The family-owned producer has 6 million hens and sells to Safeway, Costco, Trader Joe’s and other stores in the Northeast and mid-Atlantic region.

The wholesale price of shell eggs tripled from $1.03 per dozen at the beginning of March to $3.09 at the end of the month and is still averaging about $2.75 this week, according to Urner Barry, a firm that tracks the industry.

Meanwhile, the price of liquid egg product, which is sold to food service to be turned into products such as patties for breakfast sandwiches or dried into ingredients for baked goods and other products, has fallen to about 27 cents a pound, way off the 10-year average price of 60 cents a pound, according to Urner Barry data.

Industry experts say some eggs that were originally destined for liquid product are being sold as shell eggs to producers such as Sauder’s to fill the surge in retail demand. But some producers whose “in-line” facilities are set up to carry eggs straight from the hens into breaking units are having difficulty shifting production.

About 60% of eggs that are broken for processing are produced in such in-line facilities, said Brian Moscogiuri, an analyst with Urner Barry.

Some farms that sell into the food service market also don’t do the pathogen testing required by the Food and Drug Administration for fresh eggs, although those eggs probably account for less than 10% of U.S. production, said Moscogiuri.

Moreover, producers such as Sauder say they can only pack so many eggs a day given the limitations on equipment. For its Northeast market, for example, Costco wants 100% more “than what we were able to produce for them last week." While Sauder’s could fill some of the demand by procuring eggs from other producers who intended them for food service customers and hotels, he was still limited by his equipment.

“You can only run so many eggs through the equipment in a given shift. It’s not like there is a huge glut of capacity,” he said.

Jeff Henning, chairman of Iowa-based Henning Holdings, which operates several production facilities in the Midwest, said the egg industry’s problems are similar in some ways to the disruption that has hit other livestock and poultry sectors. 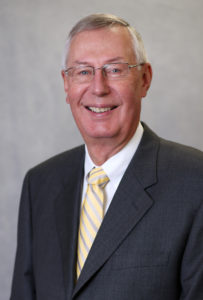 “Everybody in the ag sector, at least in the animal livestock sector, is looking at what the heck is going on here,” he said.

But the egg industry has so far not asked for direct aid from the federal government but has instead sought and received flexibility from FDA and USDA on regulatory requirements to facilitate the shift from food service to supermarket sales.

United Egg Producers also has asked USDA’s Agricultural Marketing Service to buy processed egg products for food banks and make advance purchases for use in schools when they reopen.

To address the carton shortage, FDA announced Friday that retailers can sell 30-egg flats, the type normally used for food service customers, without any Nutrition Facts or other labeling.

The flats still must identify the manufacturer, packer, or distributor; include safe handling instructions, and make no nutrition claims. The eggs also must be sold by the complete carton or flat; shoppers can’t buy individual eggs.

Sauder isn’t sure how much demand there will be for the flats, given some consumers won’t want to buy them, and he’s struggling to find carton supplies. One major carton producer is reporting a 50% to 60% increase in orders, and another supplier reported that its orders doubled for April, Sauder said.

(Asking shoppers to bring their empty cartons back to stores isn’t an option, since supermarkets don’t want to risk the possibility of contaminating the store with COVID-19.)

For producers who have lost their market for processed eggs, it’s a struggle to “figure out how to reduce production in the short term and not hurt yourself long term,” said Henning.

One of their options is to molt their hens to stop them from laying for about six weeks. Molting hens requires reducing their light exposure and changing their feed. The far more drastic step for a producer is to depopulate flocks. Farms usually order new pullets up to a year or two in advance of getting them, experts say.

Sauder believes that it will take a while for the market to get back to normal even after stay-at-home orders are lifted.

“Even after we’re allowed to go back to our normal lives I think that people will be hesitant to sit in crowded restaurants or get on planes or stay in hotels,” he said.