The release of the governor’s updated budget proposal on Thursday has triggered a marathon session of budget hearings in the Legislature — continuing even through the Memorial Day weekend. Lobbyists are scrambling to analyze the many dramatic changes in the proposal as closed-door negotiations steer the debates ahead.

The May Revise, as the updated draft is known, carries a number of cuts to agricultural programs across agencies — from CDFA’s operating budget to incentive grants for emissions reductions and positions for farm advisers. The administration is also offering some creative proposals for covering a few of those spending gaps.

Like many agencies and departments, CDFA is now facing a 5% reduction from its state funding for next year. This puts it down $23 million from the January budget proposal. Those cuts pale in comparison to the $13.5 billion spending cut for schools and colleges. However, the May Revise only marginally trims the budgets of some other agencies regulating agriculture.

The overall budget for CalEPA, for example, is down just .4% from January, with about $16 million less. Within the agency, spending for the Air Resources Board is reduced by .5%, which adds up to less than $6 million, while the State Water Resources Control Board would see a cut of .75%. While the Department of Pesticide Regulation is set to lose 3% of its budget, that amounts to just $3 million. Similarly, the Office of Environmental Health and Hazard Assessment is slated for a 20% cut, or about $6 million.

Read more on the May Revise at Agri-Pulse.com.

The Natural Resources Agency, with an overall budget nearly double that of CalEPA, is listed for a cut of $1.6 million, or .02% of its January budget. Yet within that agency budget, funds would shift dramatically.

The State Parks and Fish and Wildlife departments within Natural Resources would each lose more than $30 million, with some of that recovered through other funding accounts. Yet if Congress and the White House pass an emergency infrastructure package, that funding is promised to return. California and a coalition of western states have been asking Congress for $1 trillion in its aid package. A number of other “trigger reductions” are also baked into the May Revise if Congress does not deliver by July 1.

Fish and Wildlife has already been short on funding for its programs protecting endangered and threatened species. Cutting an additional $33.7 million raises questions over how the department would be able to manage new protections for mountain lions, spotted owls and many other animals, along with a proposed listing for four bumblebees species spread across the state.

More uncertainties are found with the Cap-and-Trade Expenditure Plan. A priority for the administration is to continue funding the FARMER program for upgrading ag equipment. Yet the $50 million allocated in the January budget proposal for the incentives program was already down by $15 million from 2019 and down by $72 million from what then-Gov. Jerry Brown allocated in 2018. Before the pandemic, industry advocates argued the state would need to fund FARMER at $193 million for the next three years to achieve the air quality goals set for the San Joaquin Valley.

Part of the shortfall this year is due to an estimated decline of more than $400 million in revenues from the cap-and-trade program. As the quarterly auction reports come in, that decline could be even more dramatic, as the pandemic takes a toll on carbon markets.

“We may not even get $50 million for FARMER,” said Taylor Roschen, a legislative advocate for the California Farm Bureau Federation. “We may get $1 million, if that's all that's left.” 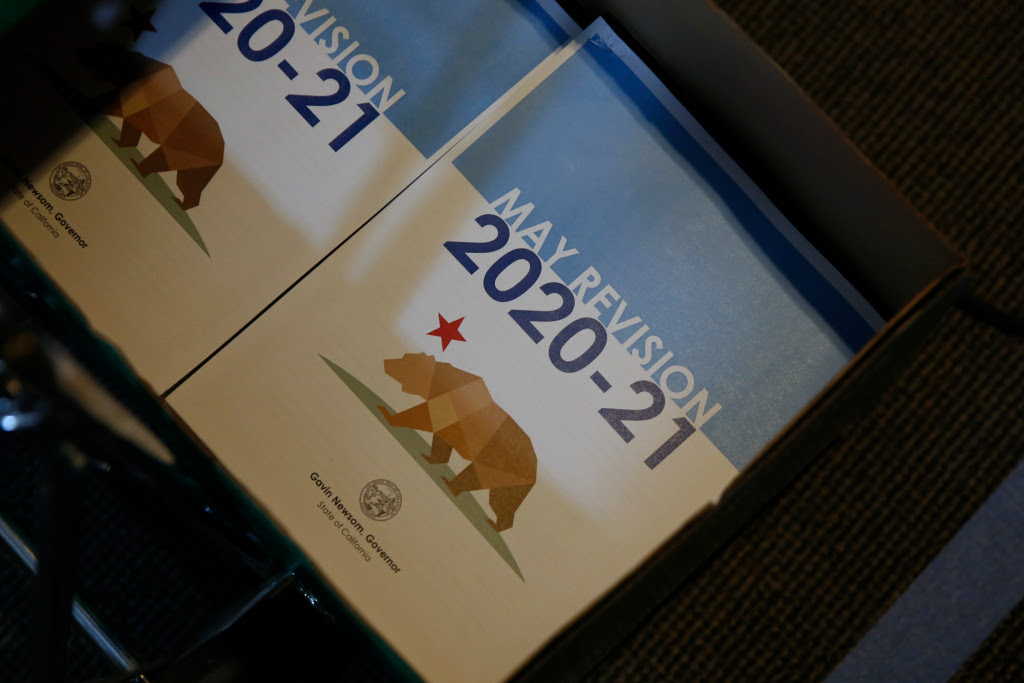 Roschen was also disappointed by a 10% cut to the current budget for the UC Agriculture and Natural Resources Division. The January proposal had been offering an additional 5%, or $3.6 million, to the chronically underfunded research and extension branch, though farm groups were pushing for a $20-million increase.

Many more details within the budget are yet to be determined, especially if Congress fails to send the needed aid.

“We don't know what the larger implications are going to be if that happens,” said Roschen.

She worried departments with inadequate funding would leverage user fees or borrow from an industry-funded program, which would reduce the amount of staff time for that program. CalEPA Secretary Jared Blumenfeld mentioned in a press call that these fee structures are likely to change, with “polluters” paying more.

A case in point, Roschen pointed to Proposition 12, a ballot initiative expanding animal housing requirements that was approved by voters in 2018 and is beginning to be implemented this year. The May Revise proposes more than $4 million for CDFA to finalize and implement the new regulations. That money will come from a short-term loan out of the state’s Food and Agriculture Fund. To repay the loan and cover the program’s ongoing costs, the state is enshrining a new authority in CDFA to leverage fees.

“That's one example of how an agency's attempt to be flexible and nimble really means they're taking out a loan against their own debt,” said Roschen, adding that this payment will now be carried “on the backs of farms and ranches.”

CDFA Sec. Karen Ross explained in a press call she plans to “pivot” the program to operate like the department’s organic certification program.

“We will develop the program for third-party certification, oversee the implementation of the program and do audits to ensure the integrity of that program, along with complaint-based investigations,” she said.

A similar option was considered last year, when staff gave the State Water Board an option to increase fees in the agricultural regulatory programs in order to cover a $13-million shortfall in its new cannabis program. After protests from industry representatives, the board chose not to pursue that path.

Along with Prop. 12, the agriculture industry, and other businesses in the state, are concerned about an increase in the minimum wage, which went up $1 this year and is set to do so again on Jan. 1. Several business groups had asked Newsom to delay the increase during the recession. According to the May Revise, the wage increase will continue as planned.

Despite the Democratic supermajority in Sacramento, the budget debate is likely to be contentious this year. The Legislative Analyst’s Office released a report on Sunday warning lawmakers of how much the governor’s authority has grown during the pandemic crisis.

“We urge the Legislature to jealously guard its constitutional role and authority,” the budget analysts cautioned.

The debate is likely to be much more drawn out this year as well. The Legislature is bound by law to pass a budget bill by June 15. But that is likely to change significantly again in July or in a special session in September, once the delayed tax revenues funnel in and the state has a clear understanding of its actual revenues for the year. After that, the state will be looking at managing further cuts in budget years to come, as the recession continues to deepen.