Gov. Gavin Newsom has rarely been directly involved in agricultural policies, with the exception of two areas: CDFA’s Healthy Soils Program (HSP) and restricting the use of conventional pesticides. The May Revision of the governor’s budget proposal reflects those interests.

“$100 million in healthy soils and soils management—something my wife has been a strong advocate for,” said Newsom during a press conference Friday on the budget.

Then-Gov. Jerry Brown had proposed $20 million for HSP when it launched in 2015. Newsom is adding $70 million to his January budget proposal, while trimming funding to other climate-smart programs created under Brown.

His budget proposals have tended to favor funding HSP over dairy digesters, which the Legislative Analyst’s Office has shown to be the state’s most cost-effective program for reducing greenhouse gas emissions. While funding was cut in January, the May budget proposal provides $60 million for programs on dairy digesters and a manure methane.

The governor also recognized his wife, First Partner Jennifer Siebel Newsom, for her efforts with CDFA’s new farm-to-school nutrition program, and he thanked billionaire hedge fund manager Kat Taylor for her work on the program’s advisory committee. Taylor is a long-time advocate for organic foods and regenerative agriculture.

In the first quarter of 2021, Taylor has spent more than $55,000 lobbying the Legislature on regenerative agriculture and HSP. In January, Newsom again thanked his wife for pushing such “regenerative strategies” in soil management.

“[Taylor’s] an advocate, like many others, and she is a friend of the governor's and the first partner’s,” said CDFA Secretary Karen Ross during a press call Friday. “She has been a wonderful partner for me because of her interest on their ranch on climate-smart agriculture.” 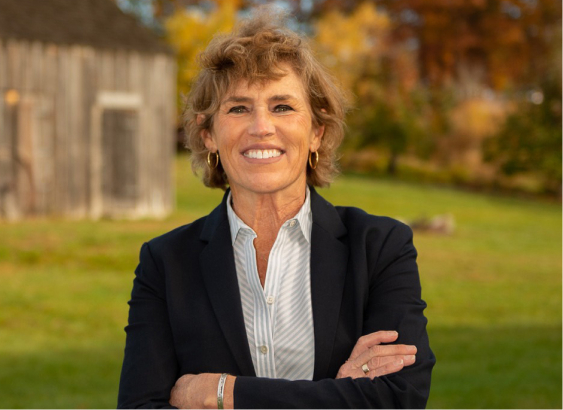 In 2006 Taylor and Steyer purchased an 1,800-acre cattle ranch as “a learning laboratory” for studying and promoting sustainable practices. Dubbed TomKat Ranch, the operation served as the backdrop for Steyer’s video announcing his presidential candidacy in 2019.

The bump in HSP funding comes as CDFA is planning to include the three-year transition to organic farming as a practice covered within the program. Incentives for this transition have also been proposed through a new conservation program introduced Friday. Newsom added $20 million for the Conservation Agriculture Planning Grant Program, which, along with the transition, would support pollinator habitat, nutrient management, soil health and irrigation water management.

Newsom has also doubled down on his proposed overhaul of the pesticide mill assessment, which would penalize farmers who apply stronger, more effective pesticides. A new tiered system based on toxicity would levy higher fees on both conventional and organic pesticides. Groups like California Certified Organic Farmers (CCOF) have supported the measure, while the state’s largest farm groups have heavily opposed it. According to CCOF, less than 4% of California’s agricultural lands are farmed organically, with less than 1% nationwide—numbers the groups hopes to change.

The May Revision maintains the overhaul, despite the Senate rejecting the proposal, and adds $10 million to launch a statewide system that would notify the public of pesticide applications ahead of time through phone alerts. The budget summary justifies the funding as an investment in protecting Californians from harmful pesticides.

“The notification system will enable residents to take common-sense measures, such as closing windows or avoiding an application site, to further protect themselves and particularly sensitive populations from potential pesticide exposure,” reads the report.

On Friday, CalEPA Secretary Jared Blumenfeld said the proposal—which environmental groups in the San Joaquin Valley have long advocated for—has been “a particular focus of the governor.”

“Community groups are worried about the lack of notification when it comes to sprays,” said Blumenfeld.

In 2020 Newsom weighed in on another local pesticide conflict. Blumenfeld noted then that the governor was responding to concerns from local residents when he directed agencies to maintain strong regulatory enforcement of pesticides around schools during the pandemic, baffling the country agricultural commissioners who had to interpret the guidance.

Two weeks earlier, the activist group Regenerate Ojai sent Newsom a letter asking him to expand pesticide restrictions near schools. Anna Getty, an heiress to the Getty oil fortune, was a member of the group. The Getty family contributed significantly to Newsom’s gubernatorial campaign and seeded the initial money for Newsom to start what has grown into a multimillion-dollar wine and hospitality business. 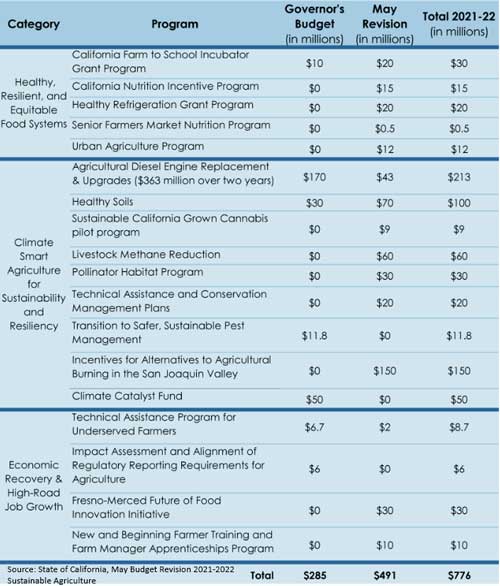 The four wineries under the corporation’s umbrella, meanwhile, have either shifted to certified organic practices or have significantly reduced pesticide usage. According to tax filings released Tuesday, Newsom and the first partner made $1.7 million in 2019 due mostly to company assets that were put into a blind trust when he became governor.

While the governor hopes to add more regulatory costs for conventional pesticides, other budget proposals recognize the rising pest pressure farmers are grappling with in California. The administration is proposing to create a reference library for California insects based on DNA barcodes, tagging new and existing specimens from the Central Valley and other agricultural regions.

This summer the Department of Pesticide Regulation will be launching a process to develop and adopt statewide regulations for the notification system. The Western Agricultural Processors Association fears the effort will simply fund more anti-farming activism.

“Coupled with the massive increase in the pesticide mill tax, it is clear this administration is targeting pesticide use in California,” reads a statement from the group representing nut hullers and processors.