Ag, food and rural organization CEOs are an exclusive – and sometimes well-paid – group

The leaders of some of the largest ag, energy, rural and food nonprofit organizations have faced unprecedented challenges over the last few years, and some have been compensated handsomely for their troubles.

That’s one of the observations of the annual Agri-Pulse CEO salary report, which features more organizations and leaders than ever before. It’s a list that grabs the attention of Agri-Pulse’s readership when it posts every September, including some of the very same people detailed in the report and the folks who are responsible for determining their pay.

“I definitely use your report,” one CEO listed in this year’s report — granted anonymity to speak candidly — said in an interview with Agri-Pulse. “Every time your report comes out, I send it to my officers.”

Indeed, while some executives listed in the table are uncomfortable with having their salaries posted in the media, and a few declined to respond, some also see the report as an opportunity to bolster their compensation or see how organizations of similar size compare.

When reached for more information about their organization’s Form 990 — the tax documentation Agri-Pulse uses as source material for the report — one executive, who reported an unchanged salary from their previous fiscal year, asked for a copy of the finished product.

“I would love to use that information with my board of directors … with hopes that maybe in 2023 I can report a change!” the executive wrote in an email.

A sampling of this year's report shows some CEOs who collected big pay increases since the last time Agri-Pulse combed through their tax documents, primarily because they hit bonus objectives. Claire Babineaux-Fontenot, the top executive at Feeding America — which represents food banks — got a raise of nearly $154,000 in the group's 2021 fiscal year, bringing her total compensation to $969,325. Farm Credit leader Todd Van Hoose had a bigger increase, bumping his compensation more than $191,000 higher to a total of $1,038,004 in 2020. But both raises pale in comparison to the $756,331 bump given to American Beverage Association executive Katherine Lugar, putting her total salary at $1,827,366 for her most recently reported salary.

In many cases, the executives have several reasons to push for a change in their paychecks. They may have played an instrumental role in guiding their organization through the struggles related to the COVID-19 pandemic or perhaps had to figure out how to best advocate their positions to a mostly-virtual group of staff on Capitol Hill and in the Biden administration. Plus, they had to figure out how to recruit and retain staff in an incredibly tight job market.

And in many cases, the list of their potential replacements isn’t all that long.

“To have a senior staff person, or even a CEO, who understands the Hill, understands regulation, understands the White House, board dynamics, DC politics, (non-governmental organizations) politics … there's not too many of them,” one source said. “There are far and few between and when those jobs do come open. It's going to be very competitive.” 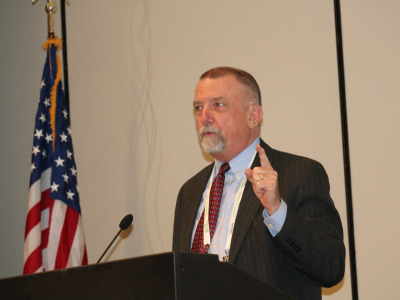 The big job now on everyone’s radar, our source noted, is at the National Corn Growers Association. Current CEO Jon Doggett, a longtime NCGA staffer who was promoted to CEO in 2018, announced his intentions to leave the organization in a note to staff earlier this year.

According to a spokesperson for NCGA, a task force formed to iron out what kind of attributes the group is looking for in its next leader has finished its work. Now, a search committee has been created with the goal of announcing Doggett’s successor by late winter or early spring of 2023.

“I think we're really going to see a lot of applicants, and I think it's going to be very tough competition,” the source said.

Doggett isn't alone in his departure; American Bakers Association President and CEO Robb MacKie has announced plans to step down by the end of the year.

The leaders we detail in this report are also facing a fresh set of challenges, familiar to leaders in other industries as well, as workplaces look to adapt to employee expectations following the COVID-19 pandemic.

CEOs are on the move and salary levels are, too
In ongoing RFS SRE fight, are partial waivers an option?

Brady Brewer, an assistant professor at Purdue University's Center for Food and Agricultural Business, combed through online job postings for agriculture professions and found roughly 20% mentioned “some kind of work from home or flexibility in location.” That’s an increase from the roughly 10-12% observed just a year-and-a-half ago, and he noted those are only listings where teleworking is explicitly mentioned; it could be a consideration for the other positions as well.

“Just like the general economy, some of the graduates leaving college, people entering the workforce, or people moving within the workforce are looking for flexibility,” Brewer said in an interview with Agri-Pulse.

Brewer’s data encompasses a broader array of agriculture job listings than those that might be offered at an agricultural nonprofit. But the trends that he identified — including that pay isn't the only determining factor for job seekers — are consistent with the CEO positions.

“People want to be compensated, but salary is not the end-all-be-all,” he said. “Yes, salary is going to be a determining part, but where they can live, what they're doing, and the benefits … the full package is probably going to weigh more than the salary part.”

Navigating how to best attract their next workforce, and where exactly to reach them once they’re on the payroll, has proven to be one of the biggest challenges facing organizational leaders, according to CEOs contacted by Agri-Pulse. 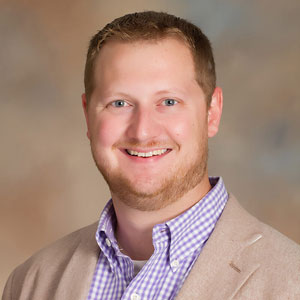 For this year’s report, Agri-Pulse combed through tax documents for more than 140 food, energy, rural and ag nonprofit organizations, including some of the heaviest hitters on Capitol Hill and across farm policy. Many of those forms are available online through websites such as Guidestar and ProPublica as well as the IRS database.

But in some cases, the information available online is only as recent as last year’s CEO salary report. In those cases, Agri-Pulse reached out directly to the organization seeking their latest available documents. Under the law governing nonprofit organizations, the groups are required to make their Form 990s available upon request from the public.

Some organizations also don't list compensation for their executive in their Form 990; salaries are only required to be listed if they exceed $100,000. Those organizations — California Citrus Mutual, MANRRS, and the National Black Farmers Association — are noted in our list as N/A.

A list of the top executives detailed in this report can be found here.

A copy of last year's report can be found here.