Environmental justice advocates (EJs) came out in force to a series of workshops last week on the Newsom administration’s proposal to alert residents ahead of pesticide applications.

The Department of Pesticide Regulation (DPR) organized in-person listening sessions in Tulare and Ventura Counties. Anti-pesticide groups demonstrated outside the buildings and brought a megaphone that overpowered the voices of growers in one hearing, according to reports from farm groups. The final workshop was held online, with dozens of activists delivering testimony—along with four members of the farming community.

EJs and DPR Director Julie Henderson have argued the issue is a matter of the public’s right to know about pesticides being applied near communities. Yet EJs pushed for a more aggressive notification system, contending that anything short would continue to allow “sacrifice zones” for industrial agribusinesses.

DPR collaborated with county agricultural commissioners earlier this year to launch four pilot projects to examine various approaches to an alert system. EJs decried the pilots as offering false hope on notifications since the information was either too vague or too technical to comprehend.

Sharma and several other advocates urged DPR to provide exact locations on maps for where the pesticides would be applied. Agricultural advocates have heavily opposed that request, fearing it would lead to activists trespassing on property to block applications and to publicizing home addresses.

Jacob DeFant, a policy coordinator for the Agricultural Council of California, stressed that farmer addresses must remain private. He urged DPR to only include information on the field section location and that the notification grids are localized and informed by scientific parameters based on label requirements. 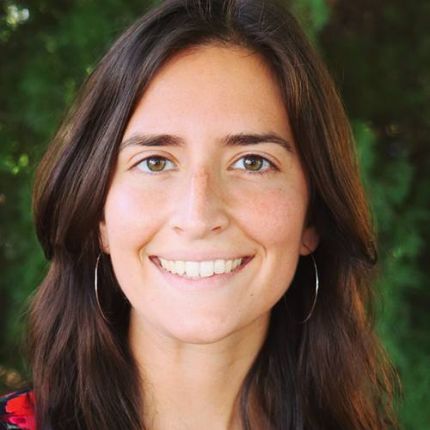 EJs, however, pushed for making the notification information accessible to the broad public through DPR’s website, rather than requiring residents to sign up for the alerts. Agriculture commissioners have cautioned that this would allow activists far beyond the application site to stage demonstrations. During the annual meeting for the California Association of Pest Control Advisors last month, Riverside County Agricultural Commissioner Ruben Arroyo noted that his six-month pilot program gathered just 18 visitors from the area but had 400 hits from the Sacramento region. Farm groups often point to an earlier notification system pioneered by Monterey County, when 60% of the notifications went to people outside of California.

EJs wanted those notices posted in Spanish, as well as the indigenous languages Mixtec, Zapotec and Triqui, and for the public to be able to sign up for email and text alerts without having to provide a name or address, since many undocumented immigrants are wary of sharing such information with the government.

EJs also want to expand the notification list beyond restricted use materials to include all synthetic pesticides as well as those listed on California’s Proposition 65 cancer risk warning labels, those registered on the BeeWhere platform for protecting bee colonies, and any others of concern from scientists at environmental groups.

Agricultural interests worried that expanding the list would raise more concerns for residents than DPR could answer and cautioned that any notification system must be accompanied by a rigorous effort to educate residents on the many steps the state already takes to ensure pesticide safety in California.

Taylor Roschen, a policy advocate for the California Farm Bureau, added that limiting the notifications to restricted materials would make the system more efficient, since those products—which DPR reviews for safety and educated and licensed professionals apply—already exist within DPR’s system and that information can be expeditiously translated into notifications.

EJs reiterated calls for notices to be 72-hours ahead of applications, rather than agriculture’s proposed 24 hours. The pilot programs tested notification times ranging from 7 to 36 hours ahead of time.

Roschen found leeway with DPR in wanting to avoid forcing farmers to strictly adhere to a timeline. She said that would create “punitive obligations” and leave farmers with little flexibility to adapt to sudden pest pressures or weather events. Farmers would have to submit multiple notices, leading to over-notification and user apathy, while taxing the limited resources that commissioners maintain for core functions like inspections and enforcement, she argued.

Sharma and her colleagues also stressed the need for an environmental justice advisory committee to guide the development of the system. This borrows from the approach of the Air Resources Board with its Environmental Justice Advisory Committee and various local steering committees for AB 617 incentives programs.

Attempting to counter some of the rhetoric from the EJ community was Tracy Miller, a crop consultant of 24 years and pest control advisor (PCA).

“The ag community, the growers are not trying to poison anybody,” assured Miller. “We are not living in hiding. We are not acting like wolves, as we've been accused of.”

He argued the public has made assumptions about the causes of illnesses like cancer and asthma.

Like Miller, Enrico Ferro has been a PCA and farmer for a quarter century and never been sickened by pesticide applications, nor has anyone he works with.

“These are people that were spraying pesticides for 50 years,” said Ferro. “A lot of these chemicals, you have to understand, are no more dangerous than what you have in your own homes, in your own garages.”

He was not worried about the residential use of herbicides on lawns but emphasized that farmers are reporting to DPR on the materials they apply.

The department and the consultants hired to facilitate the discussion took a stronger approach to limiting bad behavior after frustrations mounted in the agriculture community last summer during discussions that devolved into shouting and personal attacks. But the conversation quickly grew heated when DPR allotted the remainder of the session to open dialogue.

Ferro stepped in to frame the issue as a divide between the 2% of California’s population that works in agriculture and the rest of the state.

“The only reason that so few people can provide food for so many is because we have things like pesticides and herbicides,” said Ferro. “We can't produce the amount of food needed without them, unless at least 40 to 50% of you are going to get back out in the field to grow things organically.”

He also reminded commenters that the activities of structural pesticide applicators will not fall under the pesticide notification requirements.

“Your neighbor can get their house tented. Who knows what they're pumping in there, and you're not going to be able to see that,” he said. “I don't know why agriculture is being demonized to this extent.”

That prompted one advocate to interject that “we’re crazy but not stupid” and another to take offense with Ferro’s comments, arguing that Mexicans and Latinos are “held hostage by the farming community.”

“Respect the science,” she said, adding: “I'm grateful that we're looking at converting more farmland and investing in organic.”

Roger Isom, president and CEO of the Western Agricultural Processors Association, attended the hearing in Orosi and told Agri-Pulse it was mostly calm but none of the EJ activists stuck to the three-minute comment window and one started yelling at a grower. One EJ member blamed his diabetes on pesticides, according to Isom.

“It just wasn't conducive to a typical workshop where people can comment from either side and express their concerns,” he said. “I look for the day when we can have an intelligent, rational discussion on the topic. I don't know that that's going to happen.”

Isom was also frustrated that DPR did not release more details on the results of the pilot projects. He believed that was because the majority of people who signed up were likely from outside the counties.

Director Henderson monitored the workshops but kept her comments brief during the discussions.

“We value your feedback. We hear you. Notification is important,” said Henderson. “And we will endeavor to deliver this system as quickly as we can.”

Researchers at the UC Davis Center for Regional Change, which have gathered feedback throughout the year from workshops as well as individual meetings with stakeholders and emailed comments, will publish their findings early next year. DPR plans to draft a regulation in 2023 to implement in 2024, with more public hearings to come.