WASHINGTON, June 28, 2017 - Agriculture producers and anti-hunger groups have common reasons to support federal food assistance programs from attacks – in addition to the belief that they help attract votes to enact farm bills, in the view of an agricultural economist and two food program advocates. 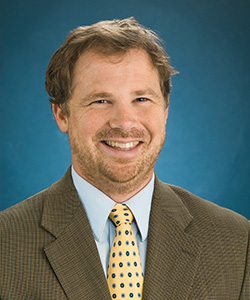 Together, they offered a rationale to counter efforts by the conservative House Freedom Caucus to cut SNAP spending to help offset tax cuts as well as argued against the reductions also reported to be included in the emerging House Republican budget and recurring proposals to “block grant” food assistance programs to the states with spending caps.

By reducing food insecurity and hunger, SNAP drives down the cost of health care in the United States, said Craig Gundersen, Soybean Industry Endowed Professor in Agricultural Strategy at the University of Illinois. But it also meets the overlapping goals of producer groups and the anti-hunger organizations, he said. “The essential role of both farmers and anti-hunger groups is to reduce food insecurity.”

Farm price and income support programs, recently including crop insurance, have been justified in farm bills for many years as essential to keep farmers in business, allowing them to produce the abundant and affordable food supply the United States depends on, Gundersen pointed out.

“Some government programs work. Some don’t work so well. SNAP is one that works,” he said, calling it “just an amazing success story – the quintessential example of a successful government program.” He described it as a countercyclical program intended to reduce food insecurity for people in times of need. “It does exactly what it was supposed to do,” he added. “It is also great for the agricultural industry. From farm to fork it’s benefiting all those.”

The commodity program feature of the farm bill also benefits low-income consumers, Gundersen argued. Although farmers are among the winners from farm support programs, consumers also benefit because prices are lower. “Because prices are lower, it especially benefits lower-income households,” he said. “You can criticize farm subsidy programs all you want, but recognize that one of the criticisms can’t be that they hurt consumers. They benefit from these programs.”

Gundersen also countered the belief that SNAP recipients’ consumption of caloric beverages and other sugar-added foods contributed to obesity, saying that “the best studies on this have looked at the impact and found SNAP participants are no more likely to get fat than non-participants.” He also challenged “the premise that we need to do something about” obesity for SNAP users.

“We don’t tell other people how they can spend (savings from) my mortgage deduction. Why do we feel we can do that with poor households? It’s insulting and patronizing to poor people,” Gundersen said. 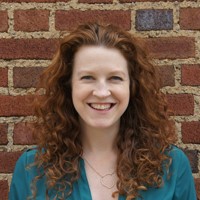 Ideas such as limiting SNAP to purchases of U.S.-produced food also drew criticism. “Grocery stores couldn’t handle it,” Siebert said. “One store had food from 74 countries.” Skye added that retailers, like farmers, are low-margin businesses.

They also quarreled with proposals to impose stricter work requirements on recipients. “SNAP does not discourage work,” Gundersen said. “About two thirds of SNAP participants are children, elderly, disabled, and can’t work,” Siebert said. “If you want savings from the SNAP program, I don’t think you're going to find them in that tiny group of people.” In her part of the Midwest, she said, “Job training programs may be 150 miles away.”

Moving SNAP from a federal responsibility to the states with block grants “would be devastating,” Siebert said. “I don’t know how you would manage. There would be no portability. Some participants may be closer to grocery stores in an adjoining state.”

Block grants would eliminate SNAP’s countercyclical feature, Gundersen said. “SNAP does exactly what it is supposed to do. When you block grant a program, the federal government does not say, ‘Here’s more money during a downturn’.”

Siebert described her organization’s partnership with the Kansas Farm Bureau “to have conversations with communities across Kansas.” Their joint meetings found people who saw the non-profit Harvesters group as a private-sector answer to meet hunger, she said, yet they are “very aware that the charitable sector cannot do it alone. We could not provide the level of food assistance we do” without help from USDA’s Commodity Supplemental Food Program (CSFP).

Gundersen also tackled controversies beyond food assistance for their relevance to food insecurity, including taxation of sugared drinks, immigration and trade. “When you tax soda, who gets hurt most?” he asked. “Poor people. Those are the ones who get hurt the most.” He said the nation needed to recognize the importance of immigrant labor “so the food industry can be as productive as possible” and the need for open international trade “because it opens up new markets for farmers and allows new food products to come to our country. It brings down the price of food. Restricting trade would hurt the most vulnerable.”