House Agriculture Committee Chairman David Scott tells Agri-Pulse that he wants to make sure that carbon markets are going to be workable for farmers and won’t harm food production. “We have got to … make sure agriculture is at the point of the spear when it comes to our policies,” Scott said in an interview ahead of a committee hearing today on carbon markets.

The witnesses will include critics of carbon markets as well as discussion of a variety of approaches to paying farmers for carbon sequestration.

A representative of agribusiness giant Bayer will talk about its carbon payment program, which rewards farmers based on their soil health practices rather than the amount of carbon they are sequestering. Scott, D-Ga., suggested he has concerns about the latter approach, saying “there are no definitive ways” of measuring carbon sequestration. 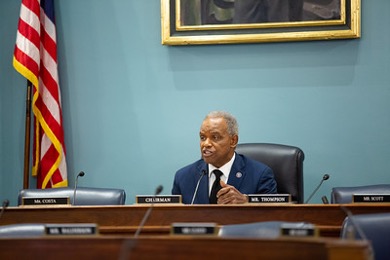 As for the effect on food production, Scott posed this question: “To what degree are we hurting our food supply, if we're turning our farmers into carbon sequestration experts, as opposed to what they do: Growing our crops, tending to them?”

Why it matters: The House has yet to act on the Senate-passed Growing Climate Solutions Act, which would put USDA in charge of certifying credit verification services and farm advisers.

Although stepped-up basis appears to be safe for now, Senate Finance Committee Chairman Ron Wyden is continuing to press for legislation that would prevent wealthy people from passing property to their heirs without taxes on the capital gains.

Wyden’s idea, called “mark to market,” would impose taxes on capital gains every year, not just when assets are sold or when the owner dies. President Biden raised alarms among ag groups by proposing to tax capital gains at death, effectively nullifying the benefit of stepped-up basis.

“I’m going to push very hard” for the mark-to-market provision to be added to the budget reconciliation bill that Democrats are currently negotiating, Wyden, D-Ore., said Wednesday. “The polling shows that everybody believes they (the wealthy) ought to pay something every year.”

By the way: Senate Ag Committee Chairwoman Debbie Stabenow, who’s a member of the Finance Committee, assured reporters Wednesday that farmers would be protected from any new capital gains taxation. “Anything that’s done would be very narrow and related to investors,” the Michigan Democrat said.

The COVID-19 pandemic has significantly slowed progress on achieving global sustainable development goals by 2030, the UN’s Food and Agriculture Organization said in a report on the eve of today's UN Food Systems Summit.

“It's an alarming picture, in which progress on many SDG targets has been reversed, with a significant impact on all aspects of sustainable development and making the achievement of the 2030 Agenda even more challenging,” said FAO Chief Statistician Pietro Gennari.

FAO noted in a summary of the report, “While the prevalence of moderate or severe food insecurity has been slowly rising globally since 2014, the increase in 2020 was equal to that of the previous five years combined.”

The Food Systems Summit is expected to feature numerous announcements of national food strategies to make progress on the SDGs. There also will be “pledges to ensure healthy and nutritious meals for all schoolchildren, reduce food waste and unlock agricultural innovation to deliver on climate goals,” the UN organizers said.

The ethanol industry is scrambling to deal with Wednesday’s report on the volumes EPA is set to propose in an upcoming biofuel mandate announcement.

The report left unanswered how the Biden administration will approach small refinery exemptions, which allow certain refineries to avoid the mandate based on concerns of economic harm. During the 2020 campaign, candidate Joe Biden made a point of hitting the Trump administration’s approach to the waivers. But a handful of House Republicans said Wednesday the expected drop in volumes “will cut the demand for more combined gallons of ethanol than all gallons cut due to (SREs) issued by the prior administration.”

The leaked figures provided no clues as to how the Biden administration planned to address a 500-million-gallon backlog in blending brought about by a previous biofuels industry lawsuit.

By the way: Rumors swirled earlier this week that the announcement could happen on Friday, but an industry source tells Agri-Pulse “nobody at EPA is acting like it’s going to be this Friday.” 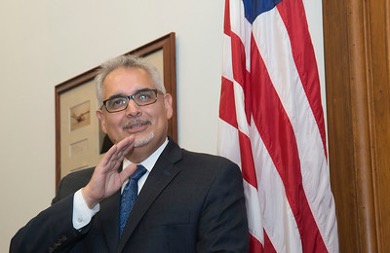 Pick for top lawyer at EPA heads to floor vote

USDA veteran Jeffrey Prieto is one step closer to becoming the top lawyer at EPA following a vote by the Senate Environment and Public Works Committee on Wednesday.

All the Democrats and two Republicans on the committee, Roger Wicker of Mississippi and Kevin Cramer of North Dakota, backed Prieto in the 12-8 vote. He was acting general counsel and then general counsel at USDA from November 2014 to January 2017, and also worked at the Justice Department for about 15 years, about 10 of those as a trial attorney. He’s currently general counsel for the Los Angeles Community College District.

Why he matters: Prieto would have a significant role to play in reviewing the legality of whatever new definition EPA and the Army Corps of Engineers come up with for “waters of the U.S.” in the Clean Water Act.

Ranking Member Shelley Moore Capito, R-W.Va., said she opposed Prieto because of the direction the Biden administration is taking on WOTUS and because of Prieto’s “refusal to condemn overreaching regulations.”

Meanwhile: The committee deadlocked 10-10 on the nomination of Jennifer Sass, a senior scientist with the Natural Resources Defense Council, to the Chemical Safety and Hazard Investigation Board. Sass has been critical of EPA’s regulation of pesticides and toxic chemicals. The tie vote means the Senate must vote to discharge Sass’s nomination from committee.

She said it. “Without agriculture really being focused and loud about it, we’re not going to be able to make that happen.” - Senate Ag Chairwoman Debbie Stabenow, D-Mich., imploring members of the United Fresh Produce Association to lobby senators to pass ag labor reform.